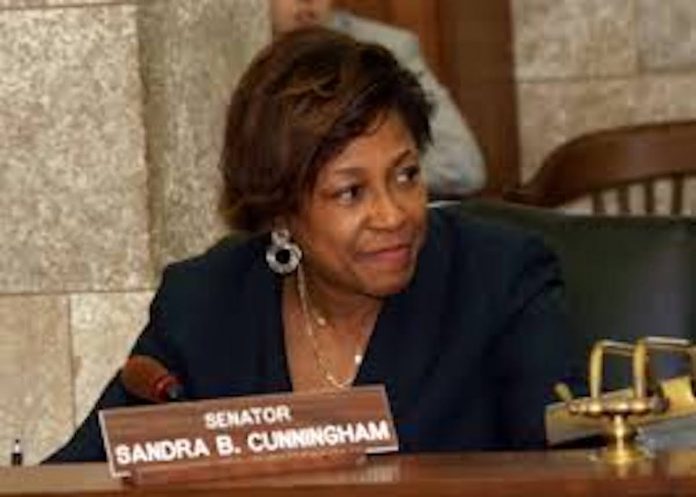 2021 DWI charges against State Senator Sandra Cunningham (D-JerseyCity) have been dismissed by a Bergen County judge after prosecutors said there was not enough evidence to prosecute.

The announcement comes fourteen months following an incident in which the car Cunningham was driving struck several parked cars near the Senator’s Jersey City residence.

On March 4, 2021, Cunningham hit two parked vehicles on Culver Avenue at 9:30 a.m.  The Senator, who appeared to be unsteady and slurring her words in police body-camera footage, told police officers that she believed she had struck a snow bank.

At the time, Senator Cunningham reportedly told police “I was coming down the street when I was about to make a turn and instead turned into a snowbank,” police said in the report.  She crashed her Infiniti G35X SUV into a parked Nissan Altima and a Ford Focus. Both vehicles were unoccupied at the time of the incident.