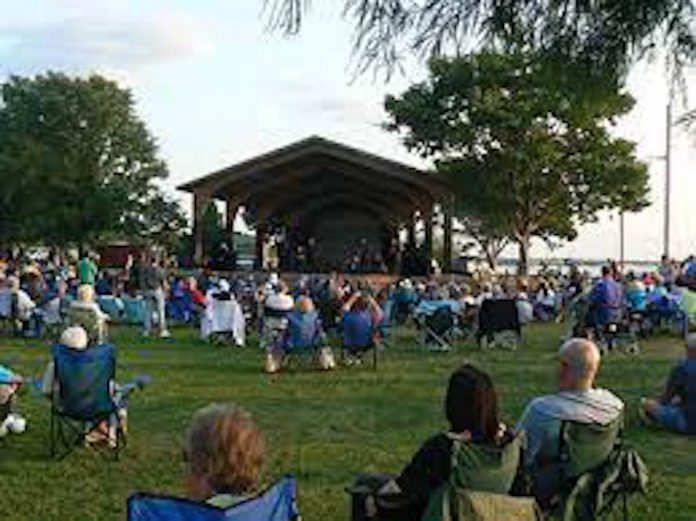 Here is the official list for Bayonne’s Summer Sounds By The Bay concert series:

The Bayonne Division of Recreation has announced the 2021 Summer
Sounds By the Bay Concert Series:
July 7th – Bobby Harden and his Soul Purpose Band with special
guest Dave Doc Watson:
Bobby, known as the Soul Man, has been touring the world and fronting the original Blues Brothers band, along with his electrifying originals! This is one concert not to be missed!
July 14th – The Princetown Pops Brass:
Comprised of 13 world class musicians and led by maestro Larry Kursar! Enjoy a night on the Bay listening to American classics, Broadway and film classics done in an upbeat style!
July 21st – The Ed Palermo Big Band:
This amazing group will treat you with incredible arrangements from the Beatles to Frank Zappa!
July 28th – La Fuerza:
Bring your dancing shoes hailing from the Bronx,
NY! La Fuerza will keep you dancing under the stars to great salsa music!
August 4th – Joe Bayer Band:
Joe Bayer Band coming straight out of Nashville! Joe and his band will keep you up on your feet with classic and new country music! His band has won numerous country music awards!
August 11th – Sweet Fanny Adams:
Sweet Fanny Adams will have you visiting the 60’s all over again, sharing their peace, love and happiness!
​
August 18th – Saints in the City:
What can get more Jersey than this eight-piece band! Sinners and Saints performing the best of Bruce Springsteen!  Bring your shorts and flip flops and be ready to dance at 16th Street Park!
Each performance will be begin promptly at 7:00pm and held at the amphitheater on the lower level of DiDomenico-16th Street Park, which is located between Avenue A and Newark Bay.
On music days, in the event of inclement weather, please call 201-471-7590, or visit www.leaguelineup.com/bayonnerec, or view the City of Bayonne’s Facebook page to check on the status of that night’s performance.
For more information, please contact Pete Amadeo at 201-858-6129 or
email BAYONNEREC@AOL.COM.