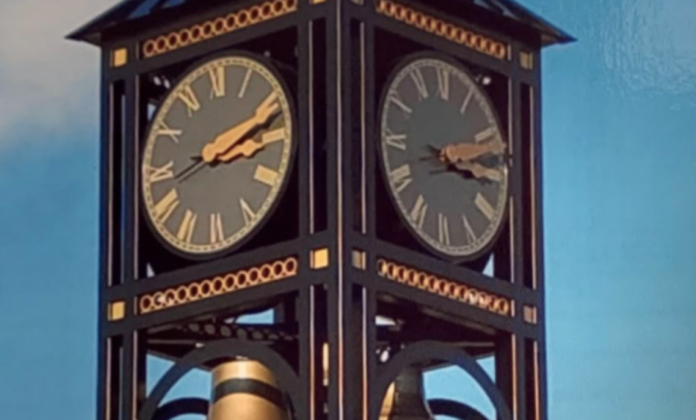 A fourth bell from the former church will be placed inside City Hall at a later date.

A clock with four faces, one on each side, is a prominent feature of the tower. The bells are mounted inside the tower.  They are active bells, capable of making sounds along with music or tolling for the hour.  The bells can be programmed to ring at specific times.

The bell tower includes a weather vane on its top.  This kind of bell tower is placed frequently in town squares and shopping districts across the country.