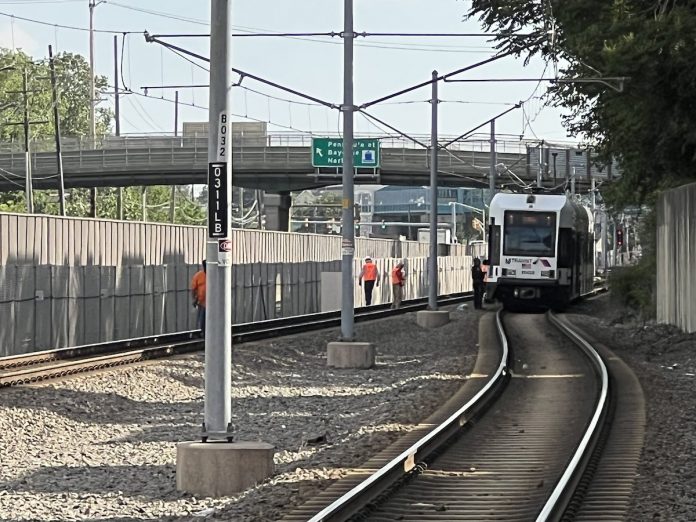 Weaver says it was due to downed electrical lines that had fallen on the train.  “NJTPD immediately set up a command post at the 45th Street Station and dispatched HBLR engineers to the scene.” 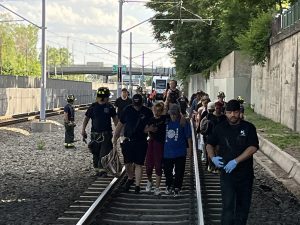 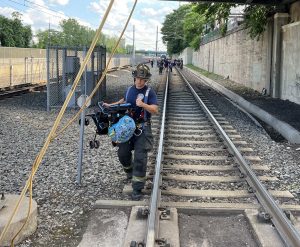 “Once the electricity was secured, Bayonne Fire, utilizing three companies, assisted NJTPD Emergency Services, and escorted approximately 45 passengers along the tracks to the 45th Street Station,” according to Weaver.  That took place at approximately 5:40 pm.

McCabe Ambulance, Bayonne Police and the Office of Emergency Management were on hand to assist New Jersey Transit Police with Friday afternoon’s operation.

No injuries were reported.