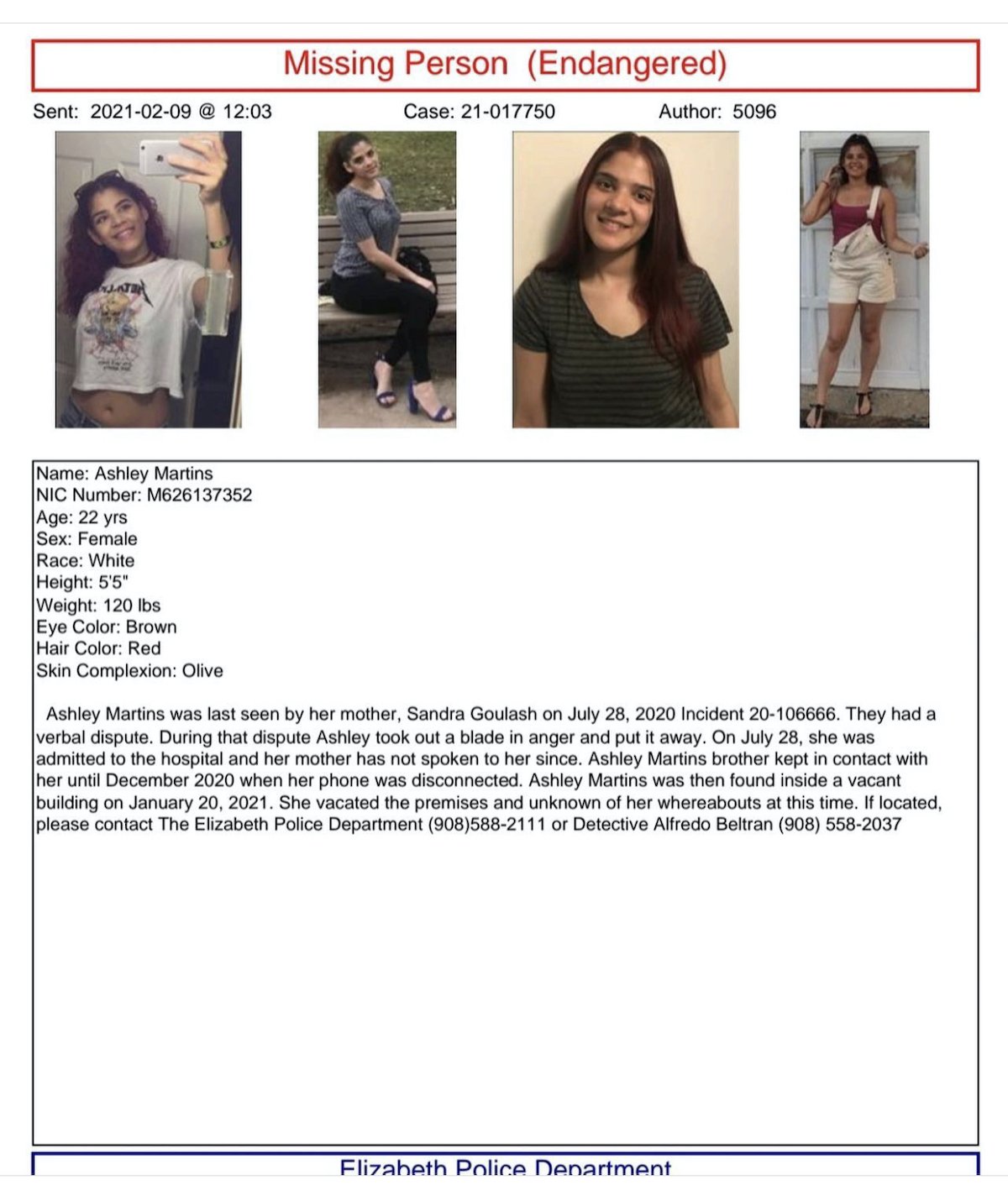 22-year old Ashley Martins has not been seen since January 20 inside a vacant building in Elizabeth.  Her story, however, goes back to late July of last year.  Ashley, a white female listed as 5’5″, weighing 120 pounds with red hair, brown eyes and an olive complexion, last spoke to her mother Sandra Goulash on July 28.

According to the Elizabeth Police Department’s Missing Persons Report, Ashley and her mother had a verbal dispute in which Ashley took out a blade in anger, but then put it away.  Ashley was admitted to the hospital that day and her mother has not spoken to her since.

Ashley’s brother kept in contact with his sister until this past December, when her telephone was disconnected.  Authorities then found her inside the vacant building on January 20, but she left the premises and her whereabouts are now unknown.