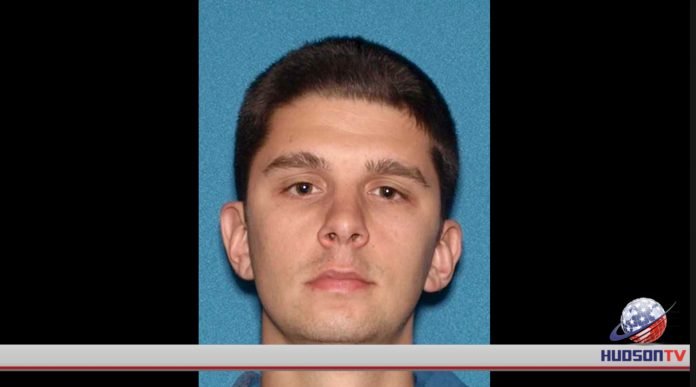 Criminal Charges Filed Against Essex County Detective For Allegedly Lying to Conceal That He Installed GPS Device On Suspect’s Vehicle Without Warrant
TRENTON – Attorney General Gurbir S. Grewal announced that criminal charges were filed today against a suspended detective in the Essex County Prosecutor’s Office for allegedly lying to internal affairs investigators in an investigation concerning his installation of a Global Positioning System (“GPS”) device on a suspect’s vehicle without obtaining the required warrant from a judge or departmental authorization.
The Office of Public Integrity and Accountability charged Timothy Kealy, 27, of Bloomfield, N.J., by complaint-summons with the following criminal offenses:
The Professional Standards Bureau (“PSB”) of the Essex County Prosecutor’s Office (“ECPO”) began investigating Kealy in January 2020 after learning that Kealy, who was assigned to the Essex County Narcotics Task Force, had allegedly purchased and installed a GPS tracking device on a suspect’s car without formal or legal authority.  The ECPO has a process by which detectives must obtain permission from supervisors to apply to a judge for a warrant, and only ECPO-issued GPS devices may be used.  A court-issued warrant is required by law for law enforcement to install a GPS device on a vehicle.
Kealy was suspended as a result of the investigation and was ordered by PSB detectives to turn over his service weapon and various other items, including his county-issued phone.  In connection with the hindering and tampering charges, it is alleged that Kealy lied about the whereabouts of the county-issued phone, saying it was at a repair shop, in order to prevent PSB detectives from obtaining access to the phone.  The phone was not at the repair shop and has not been recovered.
The Attorney General thanked the Professional Standards Bureau of the Essex County Prosecutor’s Office for their investigation and referral.
Third-degree charges carry a sentence of three to five years in state prison and a fine of up to $15,000.  The charges are merely accusations and the defendant is presumed innocent until proven guilty.
Deputy Attorney General Anthony Robinson is assigned to prosecute the case for the Corruption Bureau within the Office of Public Integrity and Accountability.
Attorney General Grewal created the Office of Public Integrity and Accountability (OPIA) in September 2018 to combat corruption and strengthen public confidence in government institutions.  In December 2019, the Attorney General issued a directive codifying OPIA and making it a permanent part of the Attorney General’s Office.  That directive established the OPIA Corruption Bureau as the lead office within the Department of Law & Public Safety for the investigation and prosecution of state criminal violations involving corruption and abuse of public trust.
OPIA has a toll-free Tipline 1-844-OPIA-TIPS for the public to report corruption.  The AG’s Office has an Anti-Corruption Reward Program that offers a reward of up to $25,000 for tips leading to a conviction for a crime involving public corruption.  Information is posted at: http://nj.gov/oag/corruption/reward.html.
Defense Attorney: Sean McGovern, Esq., Newark, N.J.