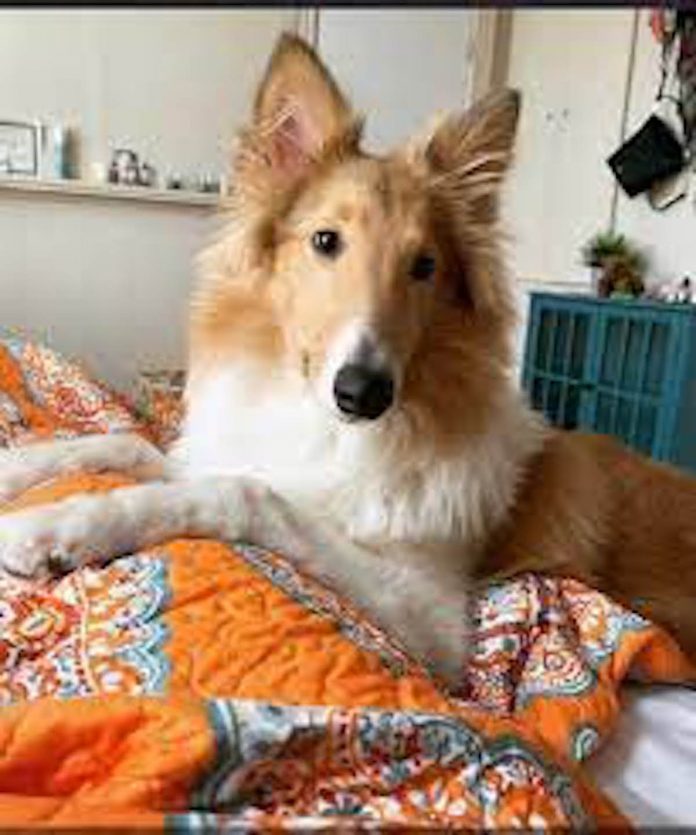 **THIS STORY HAS BEEN UPDATED WITH NEW INFORMATION

TAPinto first reported that a $200 reward was being offered for the recovery of a nine month old, female, brown and white collie that went missing last night when it broke away from it’s owner after being frightened by a train horn in Hoboken.  The collie’s owner has contacted Hudson TV and said they have increased the reward for information on the dog’s whereabouts to $500.

The dog’s name is Leska.  It fled after hearing the train while she was being walked near the NJ Transit Light Rail Station at 2nd and Jackson Streets at approximately 7 pm.  The animal fled northbound, heading down the tracks.

The family has spoken with NJ Transit, reviewing video footage of the area, and it appears that Leska ran through an opening in the fence next to the train tracks and headed into the city.  The family believes someone found her and has her.  They are asking that she be turned.

An anonymous call can be made.  The dog’s owners “just want our baby back.”

She is wearing a green harness and with a black leash.