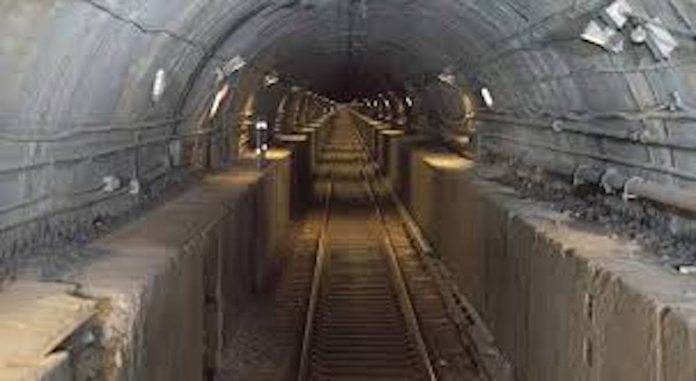 The commuter rail tunnels under the Hudson River transport thousands of passengers to their jobs in Manhattan each day.  The 111-year old tunnels, which carry NJ Transit and Amtrak trains to Penn Station in mid-town, were heavily damaged by Hurricane Sandy almost a decade ago.  So, what is the fate of the Gateway Project, which will construct new rail tunnels at a cost of billions of dollars?

According to President Biden’s nominee for Transportation Secretary, former presidential candidate Pete Buttigieg of Indiana, the administration plans to move full steam ahead with the project.  During last week’s Senate Commerce Committee confirmation hearing, Connecticut Senator Richard Blumenthal (D) told Buttigieg, “The tunnels are decrepit, degrading and about to potentially collapse.  I’d like your commitment that you will move this project, which is essential to all rail traffic and indeed all transportation in the Northeast.”

Buttigieg told the Committee the Biden Administration is in full support of getting the tunnels built.  While a Senator, President Biden was a frequent user of Amtrak getting back and forth between his home state of Delaware and the nation’s capitol.  The President made Gateway’s completion a commitment during the campaign.

Former President Donald Trump had lowered Gateway’s rating, thereby making it ineligible for federal funding, despite supporting construction of a new, portal rail bridge over the Hackensack River, just miles from the Gateway construction site in Hudson County, during the final days of his Administration.

At one point during his tenure in the White House, President Trump threatened to shut down the federal government, rather than approve any federal dollars for the Gateway Project.

In a letter to the editor approximately two months ago, Congressman Albio Sires (D – District 8), a senior member of the House Transportation and Infrastructure Committee stated, “I have been fighting to ensure that Congress provides New Jersey with the resources needed to complete the Gateway Project.  Most recently, I secured nearly $10 billion in the INVEST Act for Projects of National and Regional Significance, which the Gateway Project would easily qualify for.  The program clarifies eligibility and increases total funding for rail infrastructure programs that can fund the Gateway Project. I also fought to make the Gateway Project part of a broad nationwide climate resilience effort.”

So, it appears that this crucial, transportation project, the largest in our nation’s history, will be advancing forward under the Biden Administration.