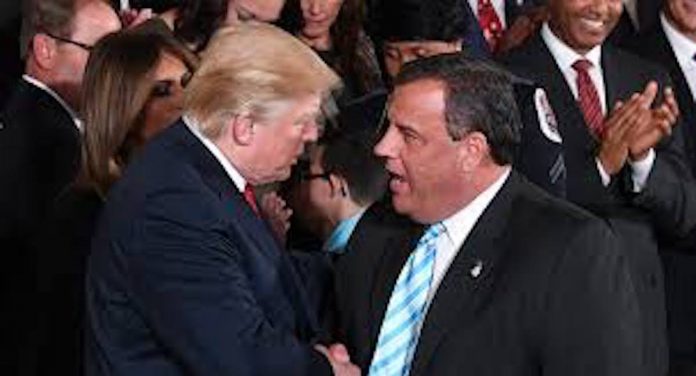 Former New Jersey Governor Chris Christie, who was in the room with several others helping President Donald Trump prepare for last Tuesday night’s debate, announced around noon today that he has tested positive for the coronavirus.  Christie says those in the room on Saturday and Sunday with the President were not wearing masks.

Among those helping prep the President were former White House counselor Kellyanne Conway, who is quarantining, having announced she tested positive for COVID,; Bill Stepien, Trump’s campaign manager, who has also tested positive, and former New York City Mayor Rudy Giuliani, who has not tested positive as of this writing.

Then there’s Hope Hicks, a senior counselor to the President, who the public first found out had tested positive for the virus mid-week, before Trump tweeted around 1 am on Friday that he and First Lady Melania Trump had contracted the virus.

The news networks have been spending hours focusing on the timeline surrounding the news of the President’s positive COVID test.  The outrage being expressed as to the secrecy of when the President, and the White House, knew the Commander in Chief was COVID positive, has raised red flags throughout the nation’s capitol.  With regard to national security and the health of staff surrounding the President, not to mention to members of the public the President has come in contact with this week during campaign rallies, the question being debated is, “Can Americans trust what is being said by the Administration?”

With 31 days to go before Election Day, could this political season be any more crazy?