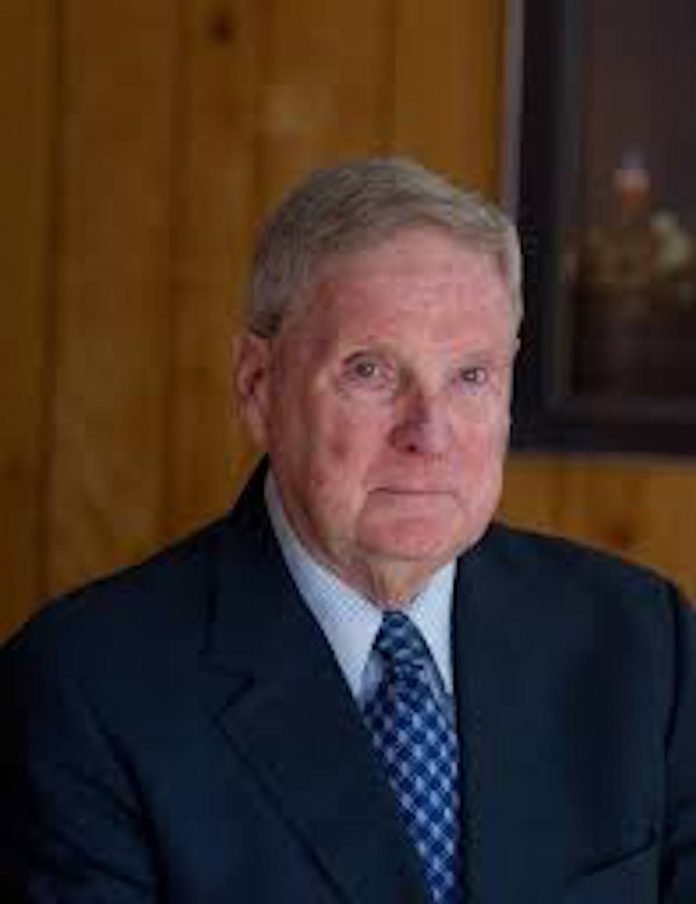 The man who succeeded Robert Janiszewski, who resigned as Hudson County Executive amid an FBI bribery investigation just days before the 9-11 terrorist attack in 2001, has died at the age of 91 at his Jersey shore residence in Avon-by-the-Sea.

Bernard Hartnett, Jr. passed away on Tuesday.  He served as Hudson County Executive for a period of 13 months following Janiszewski’s resignation.  He unsuccessfully ran against current County Executive Tom DeGise in 2002.

Hartnett graduated from St. Peter’s Prep in Jersey City and went to college at St. Peter’s before earning a law degree from Seton Hall University.  He served as an attorney for decades representing both New Jersey Bell Telephone and Western Electric Company.

After his retirement from Western electric in 1991, he joined the law firm of Schiller, Squeo and Hartnett before succeeding Janiszewski.

Among his accomplishments, Hartnett helped in the creation of Liberty State Park by being among those to secure state funding to clean the southern portion of the open space in time for our nation’s bicentennial celebration on July 4, 1976.  He also served on the Liberty State Park Public Advisory Commission as Chairman and on the park’s Development Corporation.

Hartnett was also Chairman of both the Jersey City and Hudson County Democratic Committees at one time.  He was also a past Chairman of the Friends of Channel 13 and of the Garden State Cancer Center.