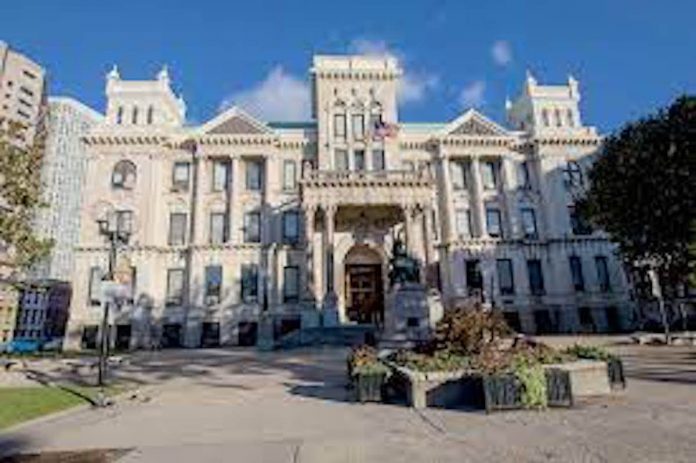 Offered free at the HHS City Clinic at 1 Jackson Square, the new medical exams will save Jersey City’s refugees and asylees thousands of dollars in a process known for price gauging and scarce access to the required specialized doctors called Civil Surgeons. The medical exam is a requirement of the Green Card application. At the same time, the HHS Division of Immigrant Affairs will provide free help preparing the required applications as the nation’s only municipal office accredited to do so by the U.S. Department of Justice.

“Jersey City is writing a new narrative around immigrants and public health,” said Mayor Fulop. “This is how America’s cities should be welcoming new immigrants, by focusing on health, inclusion, and supporting newcomers for the benefit of all. We remain committed to setting a national precedent for helping immigrants navigate the corridors of the federal immigration system, an often lengthy and confusing process.” These new services expand upon the Fulop Administration’s efforts to assist vulnerable immigrants and refugees with the resources and support they need to fully integrate and become productive members of society. Only two years after Mayor Fulop and the City Council created the Division of Immigrant Affairs, Jersey City became the first municipality in the nation accredited for offering free legal services to immigrants as part of the U.S. Department of Justice Recognition and Accreditation Program in 2020.

This past year, Jersey City was also named one of America’s top twelve municipalities in integrating immigrants by the New American Economy for the Fulop Administration’s efforts in addressing socioeconomic disparities within immigrant populations. The Fulop Administration has also provided direct assistance to vulnerable immigrants throughout the pandemic for rental/utility assistance and immigrant rights services. “Immigrant frontline workers carried us through the pandemic,” says HHS Director Stacey Flanagan. “By helping refugees and immigrants navigate the system and access services, we’re strengthening public health and resilience for all.”

Jersey City’s first recipient of the newest immigrant-focused program is a single mother who fled persecution in a developing country with her children. A year after being granted asylum, her family can now apply for their Green Cards and look forward to citizenship four years later. Without the city-sponsored program, refugees and asylees can fall victim to unlicensed, predatory providers and are often defrauded into paying thousands of dollars.

“My father was an immigrant—un bracero—a migrant farmworker who labored in the fields. And I’m his son—a doctor!” says Dr. Orlando V. Gonzalez, MD, who is now the nation’s first municipal Civil Surgeon authorized to provide immigration medical exams. “It honors my own family’s immigrant journey to now help refugees in theirs.” Dr. Gonzalez is the founder of LIFE*MOD, a trademarked health and wellness center in New York City and Jersey City. After several years of volunteering with various immigrant groups, Director Mike McLean now leads the expansion of Jersey City’s immigration services as the Director of the Division of Immigrant Affairs. “Refugees add enormous value to our society and our economy,” he says. “Those benefits are multiplied when community organizations, nonprofits, and local governments work together to support new immigrants. Jersey City is setting the example: Immigrants are far from a burden to our cities and towns— they are a blessing.”

The new medical and legal services are available at the Jersey City HHS Clinic, located within the City Hall Annex at 1 Journal Square. To schedule an appointment, Jersey City refugees and asylees who are applying for Green Cards can call the Division of Immigrant Affairs at 201-547-4328.