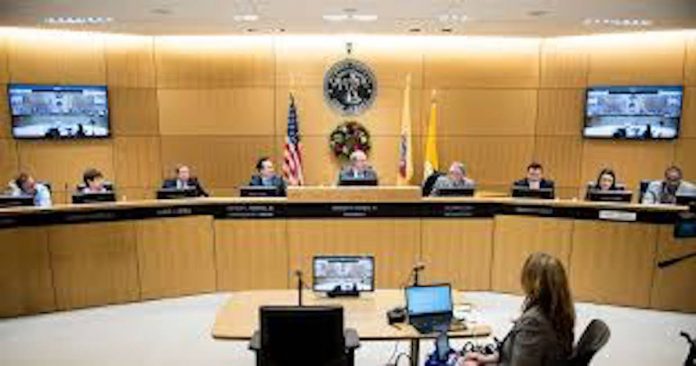 The term “freeholder” as originally used in “Board of Chosen Freeholders,” referred to people who owned land, rather than leasing it, in an amount which was set by law.  It was derived from the word freehold.  The term “Chosen” means elected.

Hudson County’s nine “Commissioners” who won election in November, have each been sworn in by their respective hometown Mayors.  The next step is for the Board to hold its annual reorganization meeting, just as the previous Board of Freeholders has done every January.

The reorganization meeting is scheduled to take place tomorrow, Monday, January 4 at 4 pm.  Former Freeholder Chairman Anthony Vainieri of North Bergen, who has held the chairmanship for several years running, told Hudson TV that he did not know who would be chosen for the titles of Chairman and Vice Chairman, or any of the other positions.

It has yet to be determined if the reorganization meeting will be taking place in the Legislative Chambers, formerly the Freeholder Chambers, in the Hudson County Annex Building on Pavonia Avenue in Jersey City, or via Zoom.