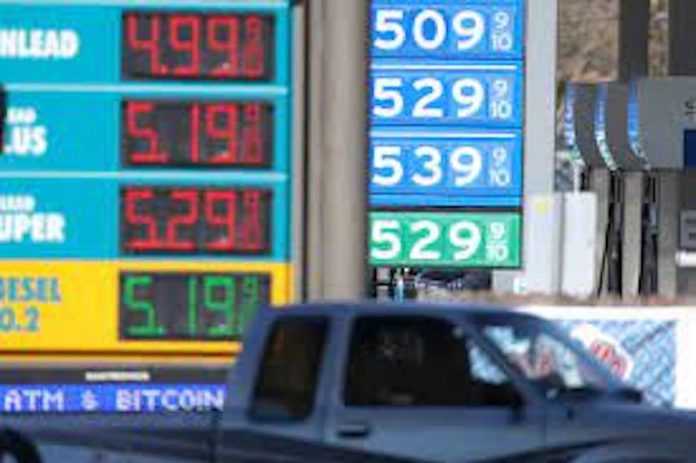 It is not a happy time right now when you drive into your local gas station.  Analysts say prices hit record highs over the weekend in New Jersey and Pennsylvania due to tight, worldwide oil supplies and the increased demand resulting from the Russian invasion of Ukraine.  Gee, thanks Putin!!!

The Associated Press reported this morning that “AAA Mid-Atlantic reports that Sunday’s average gas price in New Jersey hit $4.09 a gallon, breaking the old record of $3.99 set on July 8, 2008. The price is up 44 cents in the last week, 60 cents in the last month and $1.22 higher than a year ago, the company said.”

The unprovoked attack by Russia has not only caused devastation and death in the Ukraine, where the United Nations has confirmed 406 civilian, Ukrainian deaths and 801 injured civilians as of midnight, but it is having a direct impact on American pocket books, with gas prices soaring/

And remember folks, the height of the summer driving season isn’t even here yet when we all tend to pack on the miles.  More driving…higher prices…not a good combination.

Prayers to the Ukrainian people and to ALL of us who are reaching a bit deeper into our pockets.