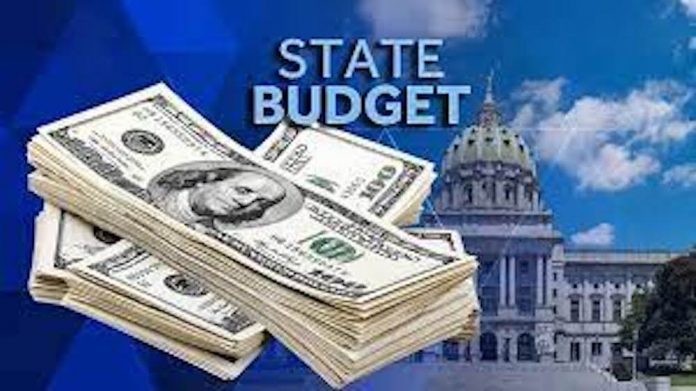 With the constitutional mandate to sign the state budget by midnight this evening, Governor Phil Murphy wasted no time this morning in signing into law the largest budget in the history of New Jersey…$50.6 Billion, which was backed by the State Senate.

Governor Murphy signed the 283-page budget during a ceremony held in the library at Cranford High School.

The budget largely passed along partisan lines in the State Senate with a 25-15 tally. Democrats and State Senator Vince Polistina (R-2) backed the spending plan.

Republicans in the Legislature have criticized the budgetary process all week, claiming there has been a lack of transparency, with the GOP leadership saying the budget doesn’t go far enough to help New Jersey citizens save during a time of inflation.  Republicans maintain that exacerbates the Garden State’s high cost of living.

Senate Republican Leader Steven Oroho of Sussex County stated, “This budget misses a historic opportunity to give back billions to taxpayers who are struggling with high taxes and inflation.”

Democratic Senate Budget Committee Chairman Paul Sarlo took the opposite approach, saying the budget “meets the moment.  This is a responsive and responsible budget that addresses the economic challenges of our time.  It provides the largest tax cut and the largest surplus in state history. It also makes use of state and federal resources to reduce debt and make strategic investments in our future.”

The New Jersey Democratic State Committee, as you would expect, was highly critical of the Republicans in the Legislature.  In a press release, they stated,  “New Jersey Republicans are once again proving that they are completely out of touch with the needs of the state’s middle class families, voting against a record $2.5 billion in property tax relief in the FY2022-23 state budget. Nearly every single Republican member of the state legislature voted NO on the budget, which establishes the landmark ANCHOR property tax relief program that will provide thousands of dollars to New Jersey homeowners and renters to make the state more affordable.

“Republicans like to talk a big game about affordability, but when forced to actually do something about it, they voted no on $2.5 billion in tax relief for the middle class and working families,” said NJDSC Chairman LeRoy J. Jones, Jr.  “People in our state and around the country are struggling with inflation and higher costs, but New Jersey Republicans just turned their backs on them — putting their own political games first and the middle class last. Governor Murphy and legislative Democrats are proving once again that only the Democratic Party can be counted on to deliver real solutions to the problems people are facing, and the Republicans have shown that when it’s time to step up they would rather play politics than get things done.”

Specifically, what’s in the budget just signed by the Governor?  Here are a few highlights: