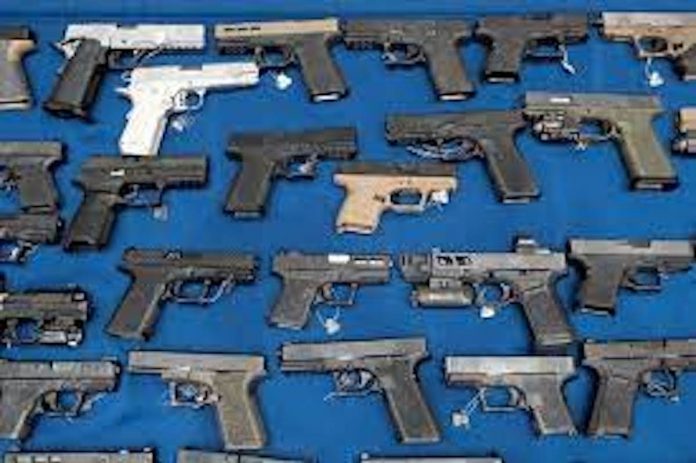 In light of recent mass shootings across the nation, including the July 4th shooting at the Highland Park Independence Day parade, Governor Murphy today signed into law a string of bills aimed at strengthening and making it more difficult for individuals to purchase firearms in the State of New Jersey.

In all, seven bills became law today, with some of the pieces of legislation at least co-sponsored by legislators from Hudson County, and one, prime sponsored by Hudson County’s newest Assemblyman, William Sampson IV of District 31 in Bayonne.

The bills were all part of Governor Murphy’s call to make gun safety a prime objective of his Administration more than a year ago.

According to the Governor’s Office, New Jersey has one of the lowest gun-violence death rates and has among the strictest firearm laws in the country.  Despite those facts, since the Murphy administration proposed the legislative package 17 months ago, New Jersey has seen 1,271 total shootings, which resulted in the deaths of 291 people.  An additional 1,313 individuals were injured.

The new laws signed into law by the Governor today will prohibit .50 caliber rifles, increase penalties for crimes related to manufacturing and constructing ghost guns, limit the legal use of body armor to mostly law enforcement and armed services, regulate handgun-ammunition sales, require gun retailers to sell microstamping-enabled firearms, make safety training mandatory to purchase a firearm, and require out-of-state residents who relocate to New Jersey to obtain an ID card and register their weapon with law enforcement.

Assemblyman Sampson is one of the prime sponsors of the bill prohibiting .50 caliber rifles.  The Hudson County legislators who co-sponsored some of the seven bills signed by the Governor are Senator Sandra Cunningham, Assemblyman Sampson and Assemblywomen Angela McKnight, Annette Chaparro and Angelica Jimenez.