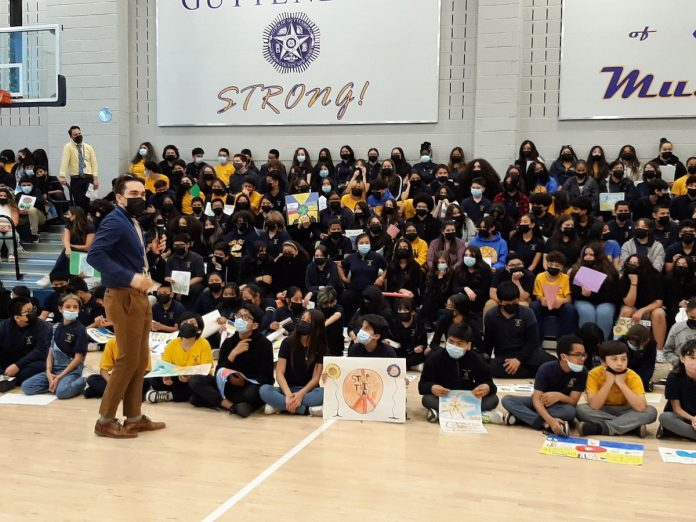 5th through 8th grade students at Guttenberg’s Anna L. Klein Elementary School this week held a rally in support of the people of the Ukraine inside the school’s gymnasium.  What was originally intended to be a march from the school to the park at 70th Street and Boulevard East, was changed by administration officials in light of this week’s tragic shooting at a school in Texas.

Despite the switch, students were passionate in their support for the Ukrainian people, creating posters to express their beliefs for freedom and human rights. 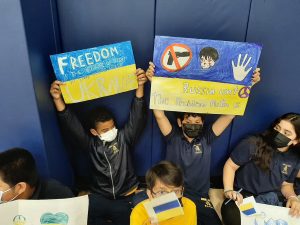 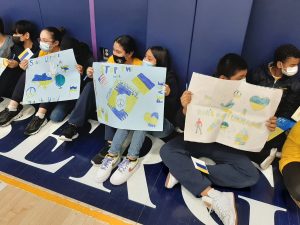 They also stood behind the families who suffered the unspeakable loss of life of children and school personnel during the Texas massacre.

It was an emotional event for all involved, but it showed just how much these Guttenberg students care about what is happening around the world and here in the United States.  As one student stated, “Change has to happen.  Freedom and democracy have to win out.  Nobody deserves to have their lives, or their family’s lives, destroyed by unstable people or by terrible leaders of countries trying to control others.  It’s just wrong.”