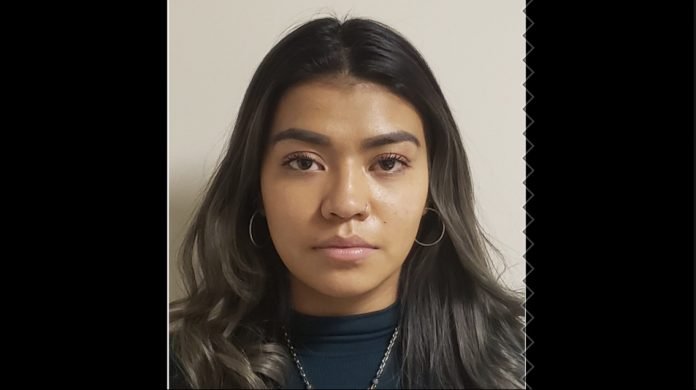 Bergen County Prosecutor Mark Musella announced the arrest of MARIA ZARATE-CELIS (DOB: 5/25/1997; married; food delivery driver) Guttenberg, NJ on a charge of Assault By Auto.  The arrest is the result of an investigation conducted by the Bergen County Prosecutor’s Office under the direction of Chief Robert Anzilotti and the Edgewater Police Department under the direction of Chief Donald R. Martin, Jr.

At approximately 1:34 a.m. on August 15, 2020, the Edgewater Police Department responded to the report of a motor vehicle collision on River Road in the area of Vreeland Avenue.  Responding officers located a 2003 Buick Park Avenue which had run off the road and struck a utility pole.  The driver, MARIA ZARATE-CELIS, and her 25-year-old female passenger were both transported to Hackensack University Medical Center for treatment of their injuries.  The passenger suffered serious bodily injury and has since been released from the hospital.

Prosecutor Musella states that the charges are merely accusations and that the defendant is presumed innocent unless and until proven guilty beyond a reasonable doubt, and he would also like to thank the Edgewater Police Department and the Bergen County Sheriff’s Office for their assistance in this investigation.