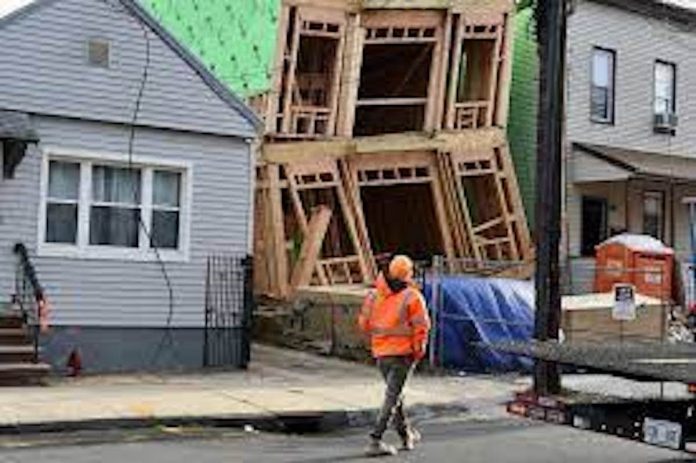 Jersey City spokesperson Kimberly Wallace-Scalcione told Hudson TV in an email that “The City’s Building Officials were on site this morning and the building was deemed an infinite hazard.  They are starting to demolish it now.  The two-family home to the left of the building has extensive damage and will also need to be demolished.  A total of 10 people have been displaced.  The City is making sure all displaced residents are taken care of.  It appears the wind caused the collapse.”

Jersey City Fire Chief Steven McGill said the Growing Tree Learning Center, a school located behind the building under construction which is operated by United Cerebral Palsy, is closed today due to the incident.  The school suffered damage to the back of its building.

Chief McGill said in television interviews on Monday night that the structure fell, “five to 19 feet off the foundation.”

No injuries were reported.