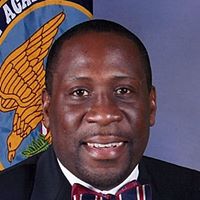 Hudson County Prosecutor Esther Suarez has announced the promotion of Keith Lamont Stith to the position of Chief of Detectives of the Criminal Investigation Division of the Hudson County Prosecutor’s Office. Stith brings more than two decades of accomplishments and experience in law enforcement to the position and he will become the first African-American Chief of Detectives in Hudson County history. He has served the past three years as the Deputy Chief for the Prosecutor’s Office with responsibilities that included managing the day-to-day investigative operations of the Criminal Investigation Division — including its specialized units — and also directly supervising the Cold Case Unit.

Stith will be sworn in by the Honorable John Young Jr., J.S.C. at a public ceremony to be held at 4:00 p.m. on Thursday, January 9, 2020 in Courtroom 2A in the historic William J. Brennan Courthouse.

“Keith is a consummate professional and I am extremely proud of all that we have accomplished together these past four years,” said Prosecutor Suarez. “Having our first African-American Chief of Detectives is a momentous occasion for Hudson County and I look forward to my continued good work with Keith in his new capacity.”

Stith began his law enforcement career with the Union County Sheriff’s Office in 1990. He joined the Hudson County Prosecutor’s Office in 1994 as a Detective in the Narcotics Task Force and early in his career he served as a Financial Crimes Task Force Officer for the United States Customs Service.

While serving as a HCPO Sergeant, Stith helped create the Municipal Task Force which he then went on to supervise. As a Lieutenant, he was tasked with creating a unit to address the proliferation of street gangs and gun violence in Hudson County which resulted in the formation of the Gang Task Force.

In 2006, Stith was appointed by the Hudson County Executive as the Acting Director of the Hudson County Department of Corrections and Rehabilitation. In 2011, he was promoted to the rank of Captain in the Prosecutor’s Office and he was assigned to the Homicide Task Force. Under Stith’s leadership, the HTF achieved and maintained a homicide clearance rate of more than 80 percent.

“I am grateful that Prosecutor Suarez is giving me the opportunity to continue to serve the citizens of Hudson County,” said Deputy Chief Stith. “Also, I am blessed and honored to become the first African-American promoted to Chief of Detectives in the Hudson County Prosecutor’s Office.”

Stith is a graduate of Wagner College and also earned a master’s degree in Criminal Justice from New Jersey City University. Among his many professional development accomplishments, Stith is a proud graduate of the prestigious FBI National Academy. He is also a graduate of the Mentoring Potential Chief Executive Officers Program sponsored by the National Organization of Black Law Enforcement Executives and Cedarville University.