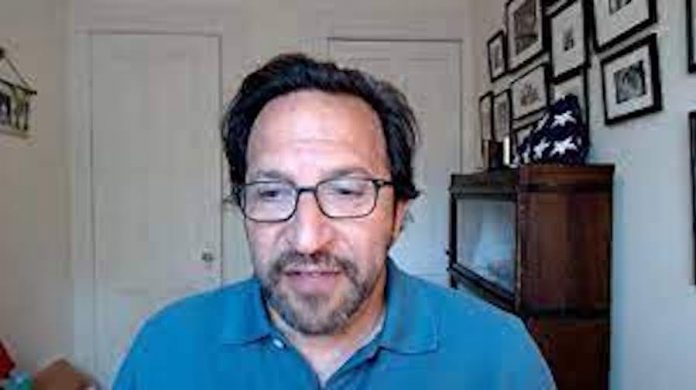 If former President Donald Trump and former New Jersey Governor Chris Christie can announce their intentions to seek the Presidency two years before the 2024 Election, then it’s not surprising that candidates on the local level are starting to declare their candidacies for 2023.

This morning, Hoboken’s 5th Ward Councilman Phil Cohen revealed he intends to seek re-election to a second term in November, 2023.

“It is my honor to represent you on the Hoboken City Council. I enjoy the challenges and am inspired by the work representing the people of Hoboken,” Cohen said in a press advisory declaring his re-election fundraiser.

He continued, saying. “Today I am pleased to announce I am running for re-election to the Hoboken City Council and invite you to join me as we kick off our campaign.”
The Cohen for Council Re-Election Campaign Kickoff will take place on Tuesday, December 13th at 6pm at Pilsener Haus & Biergarten, located at 1422 Grand Street in Hoboken.
Admission Tickets cost $150 apiece, with Co-Sponsors at $750 and Sponsors costing $1,500.
If you would like to attend the campaign kick-off, RSVP here: https://www.facebook.com/events/5615306388577262
Or, RSVP by sending checks to:
Phil Cohen for Council
206 11th St., Hoboken, NJ 07030
If you can’t make it, I’d be grateful for any donation you would consider, by clicking here.
Thank you for your support. As always, please do not hesitate to contact me if I can be of assistance to you or your family.
Councilman Cohen added, “Over the past three years, I have worked to represent the people of Hoboken and worked alongside Mayor Bhalla and his Administration moving forward with critical quality-of-life projects including building the Northwest Resiliency Park, defending our waterfront at Union Dry Dock, bringing the CitiBike bike share program to our community, and securing major funding for Vision Zero improvements and Rebuild By Design resiliency infrastructure.
No issue has been too large or too small for me to tackle for my constituents — everything from filling potholes and fixing stop signs, to fighting for The Rivington’s residents to roll back unconscionable rent increases.
There remains much work for us to do together and I look forward to continuing to make the Fifth Ward and Hoboken an even better place to live, work and raise our families.
I hope you will join me at my kickoff!”