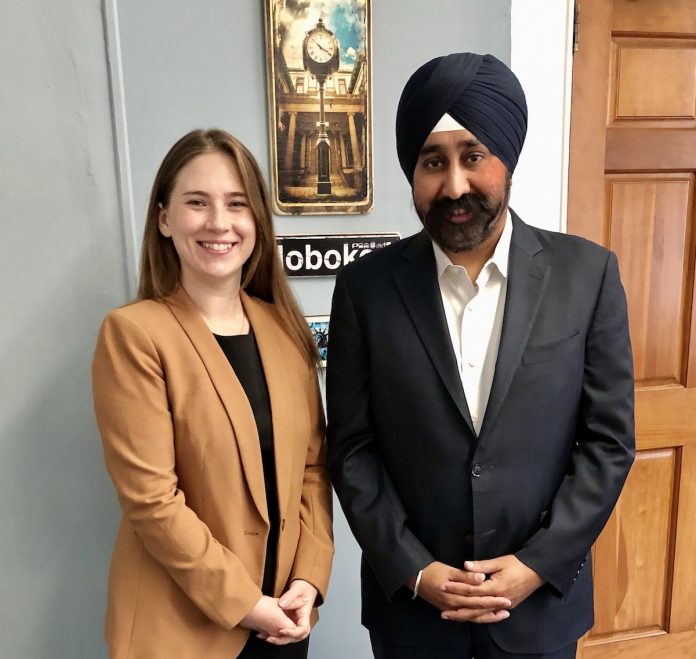 Mayor Ravi S. Bhalla announced today the appointment of Marilyn Baer to serve as the new Communications Manager for the City of Hoboken. Ms. Baer, a Hoboken native, has served as the primary staff writer to the Hudson Reporter since 2016.

“Throughout her time at the Hudson Reporter, Marilyn has proven herself to be well-respected communication professional with an intimate knowledge of the issues affecting her hometown,” said Mayor Bhalla. “I can think of few individuals as well qualified to assume the role of Communications Manager and I look forward to her service to our City.”

Hoboken’s current Communications Manager, Vijay Chaudhuri, will move on to the role of Campaign Manager for Mayor Bhalla’s re-election campaign later this summer.

During her five years at the Hudson Reporter, Ms. Baer covered Hoboken and Jersey City while simultaneously freelancing as a writer for 07030 Magazine, Jersey City Magazine, and Bayonne: Life on the Peninsula. She graduated with a Bachelor of Arts Degree in Journalism from Ohio Wesleyan University, with a concentration in psychology.

“As a native Hobokenite, I couldn’t be more excited to work for the city that I love on behalf of Hoboken residents,” said Baer. “I look forward to being a part of the Bhalla administration and I thank the Mayor and his team for this opportunity.”

Ms. Baer went to elementary school in Hoboken at All Saints Episcopal Day School and middle school at Hoboken Catholic Academy. She went to high school at Immaculate Heart Academy in Washington Township.