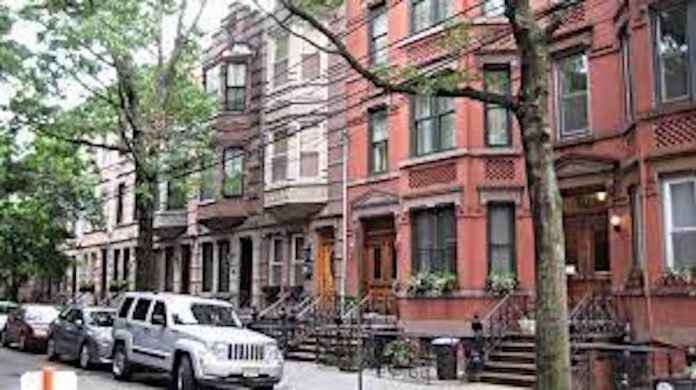 Hoboken City Council members Jim Doyle and Emily Jabbour issued the following press release today regarding legislation they plan to introduce in Hoboken regarding the use of rent controlled units as short-term housing, using applications such as Air BnB:

Today, Council members Jim Doyle and Emily Jabbour introduced legislation to prohibit apartments or housing subject to rent control from being rented through apartment-sharing applications, such as Air BnB. The legislation would close a loophole that would explicitly prohibit owners of rent-controlled units, set aside to ensure an adequate inventory of reasonably priced units in Hoboken, from profiting over and above the permitted base rent currently allowed by the Rent Control Office, through the use of Air BnB and other short-term rental applications.

The proposed legislation would assess a $500 fine for a first offense, $1,250 for a second offense, and $2,000 for a third offense with the collected fines ultimately being transferred on an annual basis to the City of Hoboken’s Affordable Housing Trust Fund.

“The point of rent control is to protect housing that is affordable for Hoboken residents – not to allow people to make excessive income off rent controlled units,” said Council members Jabbour and Doyle. This was highlighted most recently when Councilman Mike DeFusco rented out his apartment 23 times on Air BnB during the COVID-19 pandemic. “This is common sense legislation that seeks to address a specific loophole that has been exposed to ensure that the city’s affordable housing units are preserved for residents who need it most, as opposed to visiting tourists.

Hoboken Councilman Phil Cohen weighed in, issuing the following statement with respect to the proposed ordinance to enforce Hoboken’s rent control ordinance for short-term property rentals when the building is subject to the city’s Rent Control Ordinance, stating, “In yesterday’s breaking news in Tap Into, we learned Council member DeFusco has been exploiting a loophole in Hoboken’s rent control laws by renting his rent-controlled apartment through AirBnb while absent from Hoboken on over 23 separate occasions during the height of the pandemic. We now know that he profited by serving as an AirBnb ‘Superhost’ renting out his rent-controlled apartment as recently as June of this year – including a ‘5-star’ April 2021 review following a month-long rental.”

Councilman Cohen continued, “We deserve more from our elected officials.  The need for the legislation introduced by Council members Jabbour and Doyle is made plain by the fact that a sitting Council member is taking advantage of this loophole in Hoboken’s Rent Control Ordinance. Because of Council member DeFusco’s clear personal conflict of interest in this matter, I call on Mike to recuse himself both from participating in the Council’s deliberations and from voting on this proposed Ordinance Wednesday night.”

It is anticipated that the legislation will be voted on first reading at the City Council meeting on Wednesday, June 16.