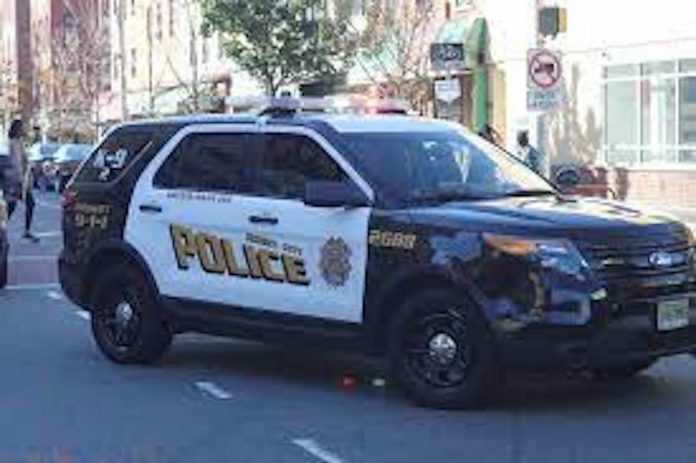 A 42-year old, off-duty, white, Jersey City Police Officer was brutally attacked over the weekend by ten men in what officials are calling a racially motivated beating.

According to Jersey City spokeswoman Kimberly Wallace-Scalcione, the incident took place at approximately 3:30 on Sunday morning.  The officer was reportedly bleeding from his head and face.  Wallace-Scalcione says the attack took place near Grove Street and Newark Avenue.

The name of the victim has not been released.  The group of men who committed the assault reportedly were yelling racially motivated insults at the off-duty officer, who repeatedly identified himeself as a police officer during the attack, according to Wallace-Scalcione.

He eventually lost consciousness and was transported to the hospital with severe trauma.  Hw was subsequently treated and then released.

The dailyvoice.com was the first to report this story.  No arrests have been made at this time.