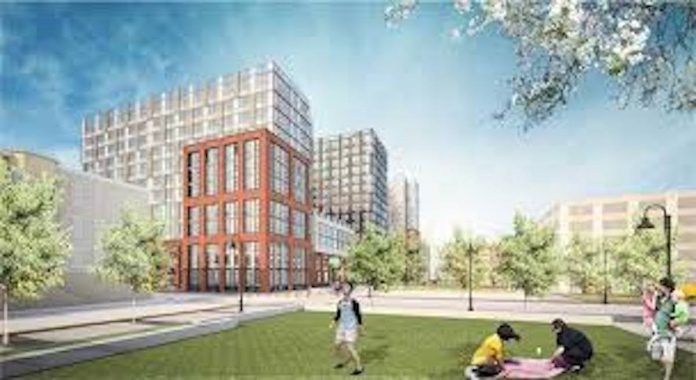 At its last meeting, the Hoboken Council tabled a resolution that would have given the 770 Jackson Street PILOT, payment in lieu of taxes, to the city’s Board of Education for disbursement to each of Hoboken’s schools, including its three charter schools.  The total amount of the funds is approximately $243,000, with each charter school getting less than 9 percent of the funds.  The Public Schools would receive slightly more than 78 percent.

Tonight, the City Council is scheduled to once again consider the resolution.  This morning, three Council members, Emily Jabbour, Phil Cohen and Jim Doyle, issued the following statement regarding the proposed resolution.  “The Council agenda for this Wednesday, November 4th, includes a resolution that will authorize the City of Hoboken to provide payment to the Hoboken Board of Education in order to fulfill the intent of the original Monroe Center Redevelopment/Jackson Street PILOT agreement. The purpose of this payment is to address the burden placed on the Hoboken Board of Education by the 424 units built as part of this development project, since, by definition, PILOT payments circumvent the typical tax levy allocation that would have provided relief to the local school system. This payment rightly assures that all Hoboken taxpayers receive the benefit of these funds by allocating to the Hoboken Board of Education, a position the three of us have had since the very beginning of this discussion. Further, this outcome is consistent with the legal advice provided to the City by Corporation Counsel that the only legal recipient for these funds is the Hoboken Board of Education. Making this transfer at this time enables a dialogue to occur with the State Department of Education on how to treat this additional funding going forward.  We are hopeful that the Council will support this next step in order to resolve the City’s role in this policy discussion and rightfully allow the education community to make decisions that pertain to their stakeholders.”

The resolution reads as follows:

CITY OF HOBOKEN RESOLUTION NO.:

WHEREAS, by way of Resolution dated July 16, 2016, the City Council of the City of Hoboken approved a Long-Term Tax Exemption agreement (“Agreement”) for the Monroe Center Hoboken Urban Renewal, LLC, the redeveloper of the Monroe Center area; and,

WHEREAS, certain required payments in lieu of taxes (“PILOT”) under that Agreement have been received by the City (hereinafter referred to as “PILOT payments”); and,

WHEREAS, the City Council wishes to provide a payment to the “Hoboken School District” in order to acknowledge and contribute an amount comparable to the amount that would otherwise have been paid to the Hoboken School District under the traditional tax levy had the Agreement not been executed; and,

WHEREAS, the City Council included an appropriation for the above-described payment to Hoboken School District from PILOT payment proceeds in the 2020 Municipal Budget; and,

WHEREAS, the above-described payment to the Hoboken School District has been included in the approved, advertised, and adopted 2020 Municipal Budget under the caption “PILOT payments to other agencies” and was appropriated in the amount of $243,000.00; and,

WHEREAS, in accordance with N.J.S.A. 40:48-17.1, the City Council seeks to transfer the identified revenue received under the Agreement, designated in the amount of $243,000.00, to the Hoboken Board of Education on behalf of the Hoboken School District.

NOW, THEREFORE, BE IT RESOLVED, by the City Council of the City of Hoboken, that the City Council hereby authorizes the Mayor to transfer a portion of the revenue received as PILOT payments under the Agreement to the Hoboken Board of Education upon receipt of the funds by the City to be utilized in any lawful manner that the Hoboken School District deems appropriate, which amount is currently appropriated in the City of Hoboken’s 2020 Municipal Budget under the caption, “PILOT payments to other agencies” and in the amount of $243,000.00; and,

BE IT FURTHER RESOLVED, the City Council authorizes the Administrative departments to take any such action as is deemed necessary to effectuate the intent and purpose of the herein resolution.