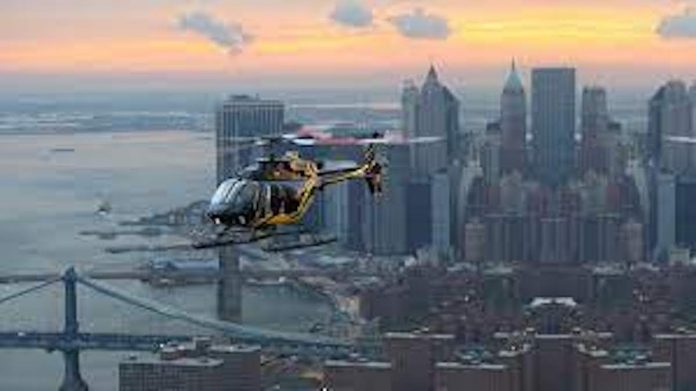 Hoboken Councilman Phil Cohen is calling on the National Park Service(NPS) and Federal Aviation Administration(FAA) to reject their draft agreement regarding helicopter traffic.  The 5th ward councilman said that “the agreement is flawed and the product of a process that failed to gather sufficient input from too many of the key stakeholders and the impacted general public.”

In comments submitted to the National Park Service, Cohen wrote, “I express my strong opposition to this draft NPS/FAA draft agreement.   I urge a new, transparent process to occur before finalizing any such agreement.  I urge that any NPS/FAA agreement ensure that it will not create adverse impacts from non-essential helicopters on Liberty State Park or the residents of New Jersey.”

Cohen pointed out that the draft agreement in its current form would divert too much helicopter traffic to flight paths directly over state parks heavily used by local residents.  “By creating a 1,000-foot helicopter flight buffer for Liberty Island and Ellis Island tourists, the existing helicopter flight paths will be pushed to fly over neighboring State parks, including Liberty State Park, Councilman Cohen wrote.  “While it is questionable how much benefit this 1,000-foot helicopter flight buffer would create for Liberty Island and Ellis Island’s visitors (and there are no supporting studies reflecting any such benefits provided to the public by the NPS or the FAA), it is unquestionable that forcing additional flight paths for commercial helicopter flights over Liberty State Park will degrade the public’s use and enjoyment of those cherished public spaces.”

Cohen pointed to defects in the process, noting that it was tilted to the special interest helicopter tourism industry companies. “The process to date has deprived the general public of meaningful opportunity to shape this proposal,” Councilman Cohen commented, “and wrongly gives an unbalanced seat at the table to the powerful, for-profit special interest helicopter tourism companies — companies that do not represent the interests or the concerns of the residents of New Jersey or New York or the visitors to Liberty State Park.”