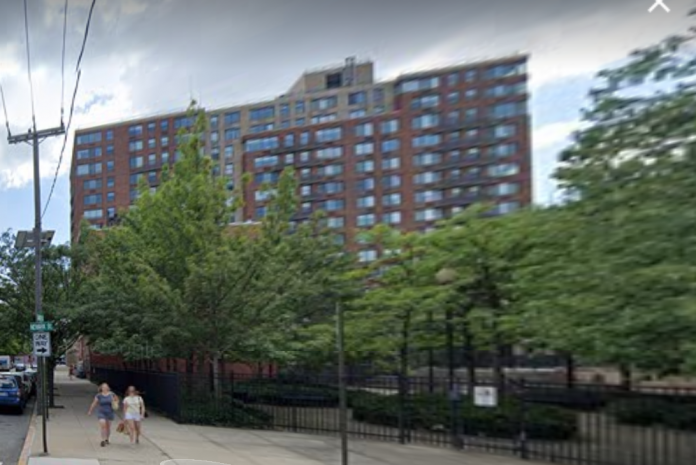 HOBOKEN, N.J. — After twenty years, Councilman Mike DeFusco has secured a commitment from a local developer to revitalize an underutilized pocket park in Hoboken. The future of the park, located on the corner of Newark and Garden Streets, has been the topic of conversation between Councilman Mike DeFusco, who Chairs the Southern Development Committee, and Equity Apartments, the owners of the property where the limited access park is located. All parties have agreed to a more favorable access agreement for residents to enjoy a public park, at no cost to taxpayers.

“Since first moving to Hoboken, I’ve always believed there was a more appropriate way of activating park space for the neighborhood, one that isn’t locked off from the community and is more inviting and enticing to residents,” said Councilman Mike DeFusco. “I’ve long envisioned this underutilized space as a place where residents can not only enjoy much needed green space, while also creating an attractive neighborhood destination. The plan I’ve proposed will accomplish this by creating a coffee kiosk to create a place where residents can enjoy a peaceful day in the park, while supporting a local business.”

To see this vision through, Councilman DeFusco has secured a commitment of $500,000 from a developer, who has proposed a downtown redevelopment plan actively being advocated by the mayor, to rehabilitate the space. With the mayor having already begun negotiations with the developer, it is now up to Mayor Bhalla to work the amended community benefit into the agreement, ensuring the neighborhood most impacted by this development, will benefit from revitalized green space.

“Hoboken has spent decades investing millions of dollars in open space, but unfortunately under Mayor Bhalla’s administration, we have borrowed nearly $100 million on the backs of taxpayers to build new parks, while existing ones go under maintenanced,” said Councilman DeFusco. “Reaching a favorable access agreement like this is the kind of thoughtful negotiations our city needs to prioritize given the nearly 10% municipal tax increase proposed by the mayor. I’m excited to work with Mayor Bhalla collaboratively and constructively to see this process through, but firmly believe that any development must give back to the neighborhood and add improvements to the quality of life in the community he is proposing to impact.”