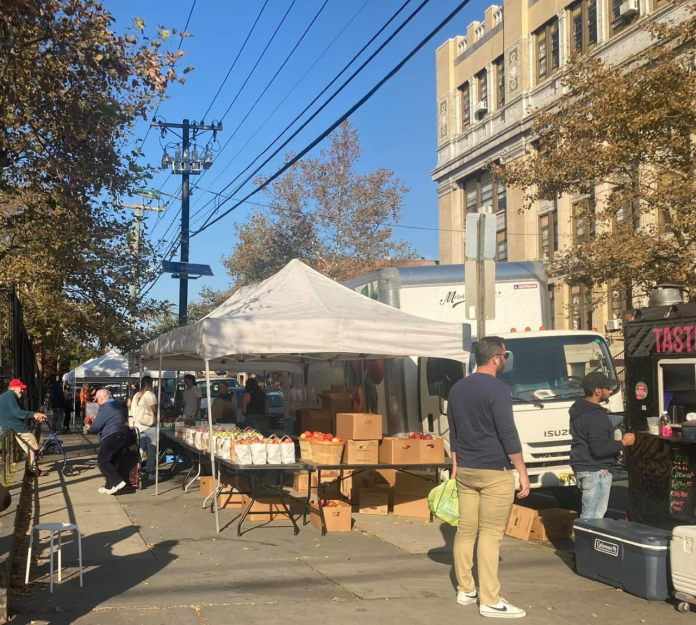 Mayor Ravi Bhalla and the City of Hoboken have announced that starting this year, the City will host three farmers’ markets, expanding access to fresh produce from local and regional vendors to residents across the City.

Starting next month, the City will launch a new Southwest Park Farmers‘ Market in partnership with the Hoboken Quality of Life Coalition (QLC).

Residents will now have access to weekly farmer’s markets in downtown, midtown, and uptown Hoboken.

“Access to fresh produce is essential to maintaining a healthy lifestyle, which is why we have partnered with local organizations to expand our farmers’ market offerings,” said Mayor Ravi S. Bhalla. “Like our other markets, the new Southwest Park Farmers‘ Market will offer this underserved neighborhood fresh vegetables, fruits, and baked goods. Thank you to Director Jennifer Gonzalez, David Calamoneri, the QLC, and Bijou Properties for partnering with my administration on this season’s farmers’ markets.”

Farmers’ market season officially kicks off this Saturday, May 7, with the Uptown Farmers‘ Market, sponsored by Bijou Properties.

The Uptown Farmers‘ Market, which will occur on Saturdays from 9 a.m. to 2 p.m. through mid-December, will return under the 14th Street Viaduct between Grand and Adams Streets.

The Southwest Park Farmers‘ Market will take place every Thursday starting on June 9 from 2 p.m. to 8 p.m. on the north side of Observer Highway between Jackson Street and Harrison Street.