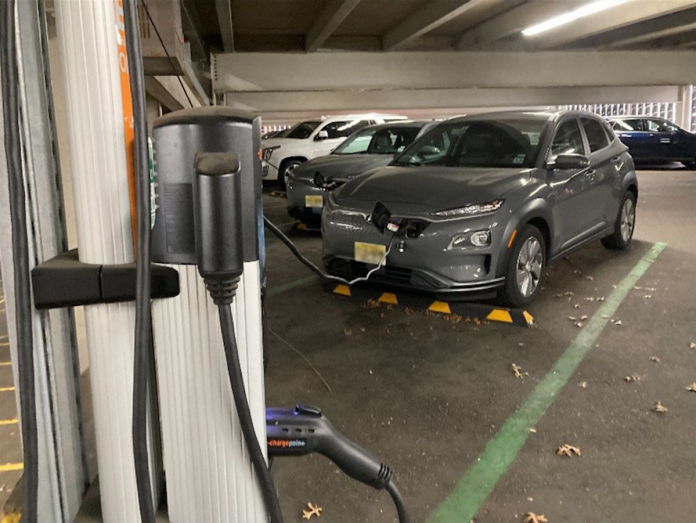 Mayor Ravi Bhalla and the City of Hoboken today announced the activation of six, new level 2 dual port charging stations.  The City also launched the new Green Pass pilot program that will make electric vehicle charging more accessible and affordable for Hoboken residents. Through the completion of the second phase of the City’s publicly accessible electric vehicle charging program, the City has added six ports to the Midtown Garage at 371 Fourth Street, two new ports to the North Lot at 1301 Jefferson Street, and two additional ports at Garage B at 28 Second Street and Garage D at 215 Hudson Street. These additions have expanded the total number of publicly accessible ports from 10 to 22 across the City.

“Expanding our electric vehicle infrastructure and providing incentives for charging is one more way we’re making it easier for residents to own and operate an electric vehicle in Hoboken, which is especially important with gas prices at an all-time high,” said Mayor Bhalla. “Not only will this new program expand access to charging stations at a discounted price, but it will also move us one step closer to the goals of our Climate Action Plan, by increasing the amount of fuel-efficient vehicles in our Mile Square. Thank you to Director Sharp and our transportation team for helping make this program possible.”

“Improving the City’s parking affordability and infrastructure has long been a priority for me,” said First Ward Councilman Mike DeFusco. “And now that the City has more than doubled its electric vehicle charging infrastructure, the new Green Pass will make it more affordable for residents to park and charge their electric vehicles, incentivizing EV ownership. Thank you to the administration for investing in parking infrastructure upgrades.”

The City began installing charging stations last year as part of the City’s Climate Action Plan to reduce greenhouse gas emissions with the goal of Hoboken becoming carbon neutral by 2050. Since the first charging stations launched a year ago, more than 3,300 people have charged their vehicles over 4,000 times.

To register for the Green Pass program, visit www.hobokennj.gov/evcharging.

After eight hours of parking, Green Pass members will be responsible for paying the prevailing hourly garage rate for the remaining time they are parked within a participating municipal garage.

The pilot program will also allow the City to build a database of electric vehicle ownership in Hoboken, which will help inform the planning of new municipally managed electric vehicle charging stations.