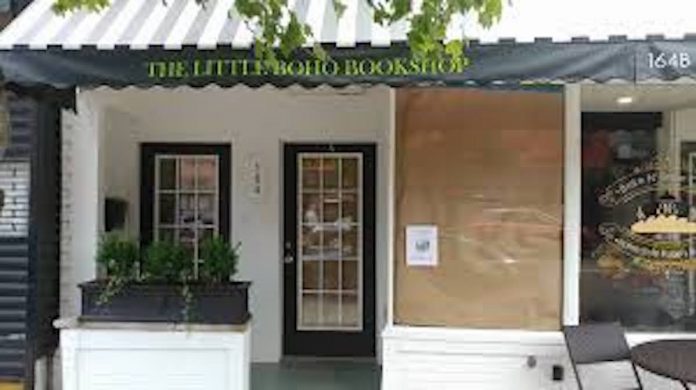 59-year old Qiuewn Zheng of 13th Street in Hoboken was taken into custody at 11 o’clock on Sunday morning from the area of 164A Broadway in Bayonne.  According to Captain Eric Amato, Zheng was charged with bias intimidation, cyber-harassment, and terroristic threats for an incident on Friday morning at approximately 11:12.

Bayonne officers responded to The Little Boho Bookshop, located at 164A Broadway, on a report of cyber-harassment.  Upon arrival, police officers met with the store’s owner who reported that on this date, she had received two racially charged emails to her business email account and a threatening phone call.  Deeming this an act of bias intimidation, the Bayonne Police Department immediately launched an investigation, increased patrol in the area of the book shop, and implemented a fixed post through the Bayonne Police Community Oriented Policing Unit.

On Saturday morning at 10:50, while several officers and a detective were on post at the bookshop, they were approached by an unknown male, later identified as Zheng.  Zheng began speaking with unintelligible phrases and uttering the same words that were observed in the emails sent to the book shop the previous day.  An on-scene investigation immediately ensued and led to Zheng being identified as the actor of the bias intimidation, cyber-Harassment, and terroristic threats against the victim on Friday.

Bayonne Police Chief Robert Geisler stated, “The Bayonne Police Department will not tolerate divisive acts such as this.  Incidents of bias intimidation will be investigated to their logical conclusions and those responsible will be held accountable.  I would like to commend the officers assigned to the area of The Little Boho Bookshop on Saturday for taking swift action and taking this offender into custody before this incident could escalate further.”

A separate incident of harassment, possibly involving Zheng, is actively underway.  This incident involves numerous harassing phone calls being made to the Bayonne Police Telecommunication Center at all hours of the day since October 18, 2020.