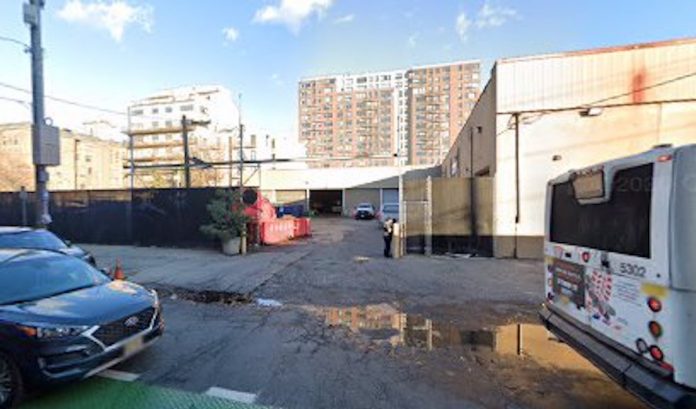 Last night Hoboken Mayor Ravi Bhalla sent out a community update on the Monarch settlement and proposed DPW Garage redevelopment plans.  Below is the Mayor’s correspondence:

I write to update you on important developments pertaining to the Monarch settlement and proposed redevelopment agreement at our current municipal garage at 256 Observer Highway.

As some may know, my administration has been working diligently with Ironstate, the current owner of the Monarch waterfront property in Northeast Hoboken and the undeveloped portion of the 800 Monroe Street city block, to negotiate the City’s acquisition of both properties for the purpose of public, open space and a waterfront free from large-scale residential development. I’m glad to report that we are well on our way to making this a reality, while also relocating the City’s current municipal garage from its current downtown location to the North End.

Simply put, this agreement includes substantial benefits for Hoboken that will offer major quality of life improvements. The ability to protect our waterfront from large-scale development, acquire 1.45 acres for a park at 800 Monroe, and to revitalize an area of downtown Hoboken is a once in a lifetime opportunity I believe we should seize.

As indicated above, as a part of the agreement, Ironstate would allow the City to extend the time it could remain in the current municipal garage from one year as proposed in the previously adopted settlement agreement, to three, in order to allow for more flexibility to keep garage operations in place while a permanent garage is planned and built. This would save the City from a situation in which Ironstate would be ready to break ground on the mixed-use residential building at 256 Observer Highway, without the City having been relocated to a permanent garage. In exchange, the City would allow an additional 30 units at 256 Observer Highway as compared to the 331 residential units which were anticipated as part of the adopted settlement agreement. Even with these additional units, the maximum building height allowed through the adopted settlement agreement was not exceeded. Given this, I felt this compromise in the negotiated redevelopment agreement was in the best interests of the City to ensure adequate time to relocate our municipal garage.

I encourage residents to come out to Wednesday’s (today) virtual council meeting on Zoom at 7:00 pm, to make their voices heard on these proposals.