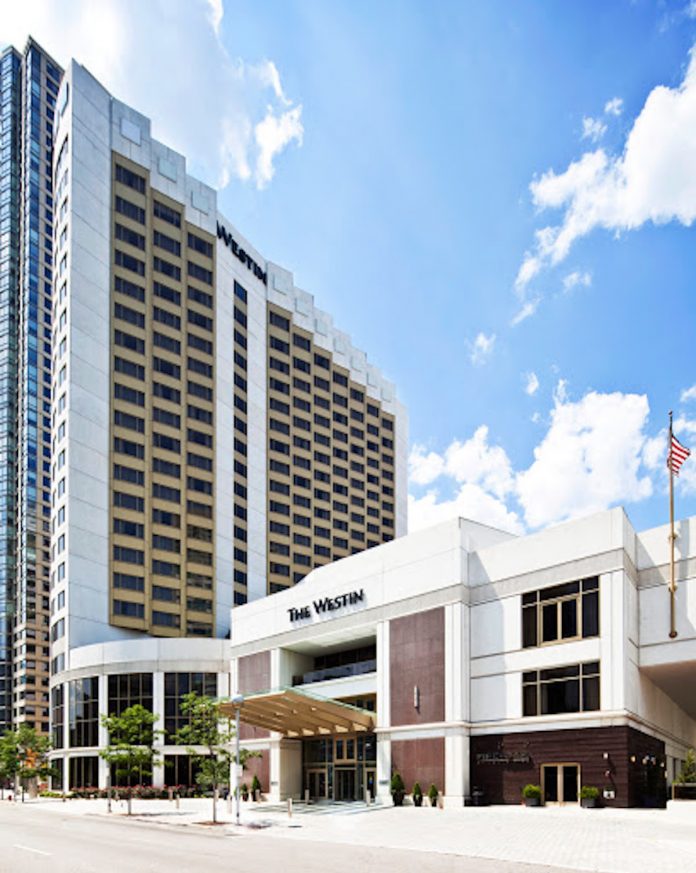 At approximately 4:35 yesterday morning, the Jersey City Police Department received a call from The Westin hotel at 479 Washington Boulevard in the Newport section of the city for a complaint of criminal mischief.  According to Jersey City spokesperson Kimberly Wallace-Scalcione, the criminal mischief complaint was for two men allegedly breaking windows on the 21st floor of the hotel.

When police arrived, they observed an unresponsive male lying on the lobby stairs.   The 34-year old male was taken to a nearby hospital where he was later pronounced deceased.

Meanwhile, 34-year old Jordan Rubin of Westwood, was arrested and charged with criminal mischief.  At this time, the name and cause of death of the deceased have not been released.