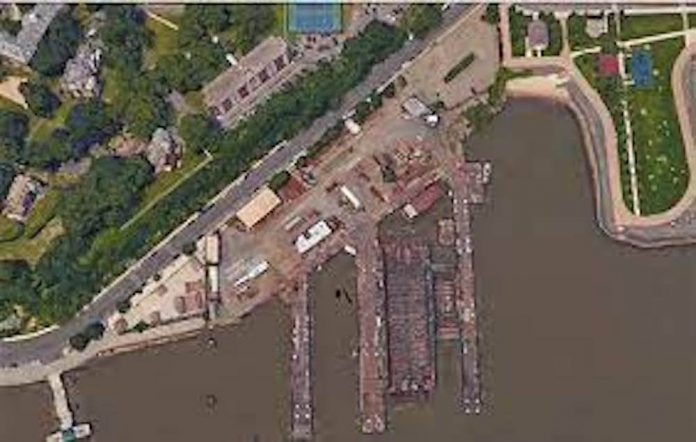 Below is an update from Mayor Ravi S. Bhalla on Union Dry Dock:

Last year we reached a historic agreement with New York Waterway to transition Union Dry Dock, once and for all, into public open space. Acquiring the last piece of our uptown waterfront has been my highest priority as Mayor, and we have taken as number of steps to make that a reality when the property stopped being utilized by an active business, and was sold in 2017.

Building out expanded ferry operations at an alternate site is understandably a complex process, which has taken more time than expected. While the State and New York Waterway continue to finalize these details consistent with their steadfast commitment to no longer pursue Union Dry Dock for transit operations, I believe that the time has come to officially acquire this land for Hoboken. To do so, we will return to our plan to use eminent domain to help expedite the process.  This step will allow us to begin the public, community-driven process of designing and constructing a public park for all.

To that end, I have asked the City Council to authorize my administration to move forward with condemnation of the land, so Hoboken can have this critical waterfront property in our possession in the coming months. The first reading of the ordinance authorizing condemnation will be heard at the City Council meeting tonight.

I want to reiterate my thanks to the Governor and his team for their support of Hoboken’s pursuit of an open, public waterfront at the former Union Dry Dock site, as well as to New York Waterway for pursuing other options. My administration will continue to strongly support the State and New York Waterway in every possible way to expand their ferry operations, given the critical importance of this mass transit option to our residents. I look forward to continuing these discussions in the coming weeks and months, while we simultaneously plan for public, open space at this site.

I thank the City Council members in advance for their unequivocal support of our efforts, and of course, all of the residents who have spoken up and made their voices heard over the past several years.