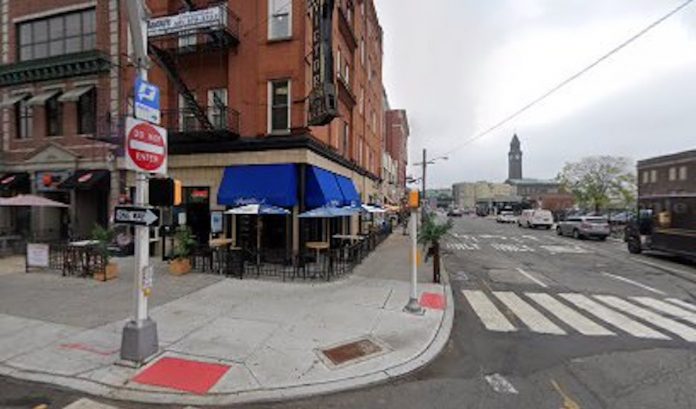 46-year old Christopher Dertinger of Staten Island, New York was arrested by Hoboken Police at 8:37 on Monday night at 77 Hudson Street.  According to Detective/Lieutenant Danilo Cabrera, at approximately 8:20 PM, Officer Marc Lombardi conducted a motor vehicle stop of a blue Jeep in the area of 77 Hudson Street.

Cabrera says the Jeep was being operated by Dertinger,  Officer Lombardi observed the Jeep being driven the wrong way on Hudson Place and then the wrong way onto Hudson Street. Upon speaking to Dertinger, Lombardi detected that he may have been under the influence of an intoxicant.   He observed an open alcohol container in plain view. Moments later, Officer Tyler Soto and Officer Cynthia Rivera arrived on scene and Officer Soto conducted a standardized Field Sobriety test.

Officer Soto determined that Dertinger was unable to safely operate a motor vehicle and placed him under arrest for Driving While Intoxicated. Dertinger was transported to police headquarters and he provided breath samples.  He was released and issued motor vehicle summonses for Driving While Intoxicated, Wrong Way on a One Way, Unlicensed Driver, Reckless Driving, and Open Alcoholic Container in a Motor Vehicle.