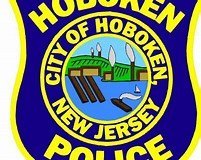 Hoboken Police Detective/Lt. Danilo Cabrera, Commander of the Department’s Investigation Bureau, issued the following press release today advising motorists that there is a simple way to help prevent their car from being stolen:

Leaving your vehicle Running and Unoccupied

As the temperature drops it may be tempting to leave the car running on a cold winter day to keep your car warm. You may be doing this to run a quick errand or if you work for a delivery service and you are running in to pick up or drop off your order. This all seems harmless, but the Hoboken Police Department is warning drivers that leaving unattended cars idling can be a good way to fall victim to auto theft. Known among thieves as “puffers”– these idling cars are easily spotted by their puffing exhaust fumes. From several investigations, this is no longer a crime of opportunity. We have perpetrators out there actively looking for vehicles running and left unoccupied.

The Hoboken Police Department would like to issue a Public Service Announcement regarding driver’s leaving their vehicle(s) running and unoccupied and the practice of storing your keys in the vehicle. In 2019, the City of Hoboken had 32 vehicles reported stolen in our city. Of the 32 vehicles reported stolen, 9 of those vehicles were left running and unattended, which is against the law. In another 4 reported cases, the keys were stored inside the vehicle. In these cases, vehicle owners intentionally stored their keys inside the vehicle, which is not illegal; however it is un-advisable since it inadvertently makes you a target of a crime—a crime of opportunity.  Here’s the good news, you can help us fight crime! Preventing motor vehicle thefts and keeping the public safe is OUR SHARED goal. These 13 stolen cars could have been prevented.

It should go without saying, this seemingly harmless routine of storing your keys inside a vehicle and/or leaving that vehicle running and unattended poses a public safety issue. Leaving your vehicle running is a violation of New Jersey Statute 39:4-53 (Leaving your Engine Running and Unoccupied). The main reason this statute was created was due to the number of stolen vehicles that subsequently were reported. There is an inherent danger presented when a car thief attempts to flee and subsequently operates the vehicle at high speed and individuals can potentially sustain an injury from crashes involving stolen cars. But that’s not all; stolen cars can be used in the commission of other crimes in order to avoid identification. Law Enforcement Officers encountering stolen vehicle(s) may have to engage in a pursuit, putting others and the officer’s lives in danger.

This year we already had 5 cars reported stolen as of 01/29/2020.  Of those five vehicles, 2 of were left running and unoccupied and one had the keys stored inside. To be clear, it remains the responsibility of the owner/operator to turn off their vehicle, lock the doors and take their keys with them. Please help us keep our city streets safe.