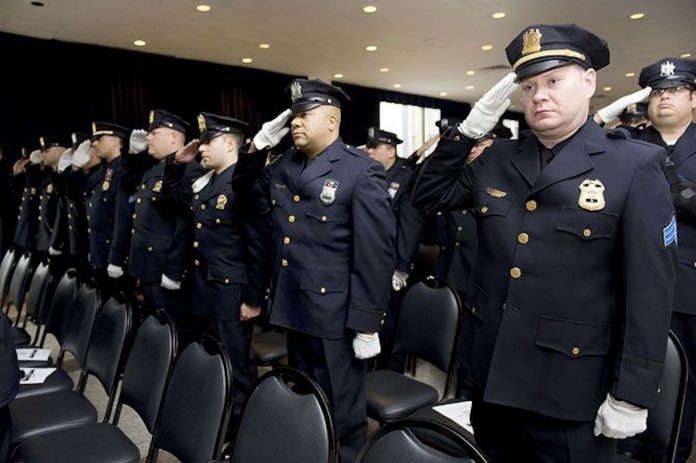 Hoboken Police Chief Ken Ferrante announced this morning the passing of Sgt. Peter Zanin.  The Sergeant, seen at the far right in the above photo, passed away at St. Claire’s Hospital in Denville at 4 o’clock this morning.

No reason for Sgt. Zanin’s passing was provided.

Hoboken Mayor Ravi Bhalla issued the following statement upon leaning of the Sergeant’s death, “On behalf of the City of Hoboken, I send my deepest condolences to the Zanin family and the entire Hoboken Police Department for the tragic loss of Sgt. Peter Zanin. I am fortunate for having the privilege of getting to know Sgt. Zanin. He was not a man of pretense, but rather a man who exhibited quiet grace and humility. He was kind human and a gentle soul. Sgt. Zanin wore his uniform proudly and served our community with honor. His loss is a tremendous loss for the city. May his soul rest in peace.”

In honor of Sgt. Zanin, Mayor Bhalla has ordered all City flags in Hoboken to be flown at half-staff for one week as of today.

Hudson TV extends its sympathies to the Zanin family.