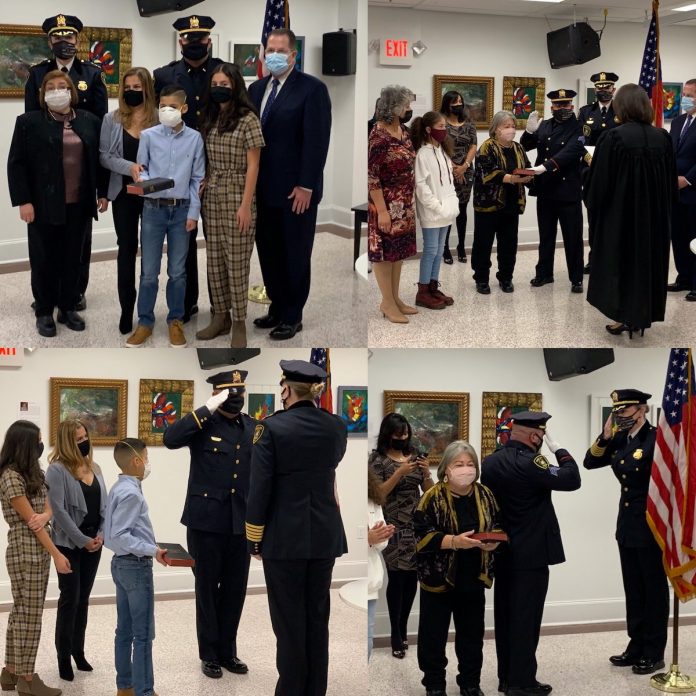 During a ceremony on Friday, the Union City Police Department promoted two officers, one to his first supervisory rank, the other to a higher supervisory position.  Sergeant David Dunlay was promoted to Lieutenant, while officer Ivan Palacios was elevated to Sergeant.

Dunlay has been a member of the Union City Police Department for 15 years, while Palacios for a decade. According to Police Chief Nichelle Luster, Dunlay has spent a considerable amount of time working in the Investigative Division and in Patrol.  He has also served a the Commander of the Honor Guard Unit.

Chief Luster stated, “Lt. Dunlay is one of two, certified crisis negotiators in the Department.”

Chief Luster added, “Both supervisors understand the importance of relationship building both within the Department and the community.  I am certain that they will embrace and excel in their new leadership roles.”