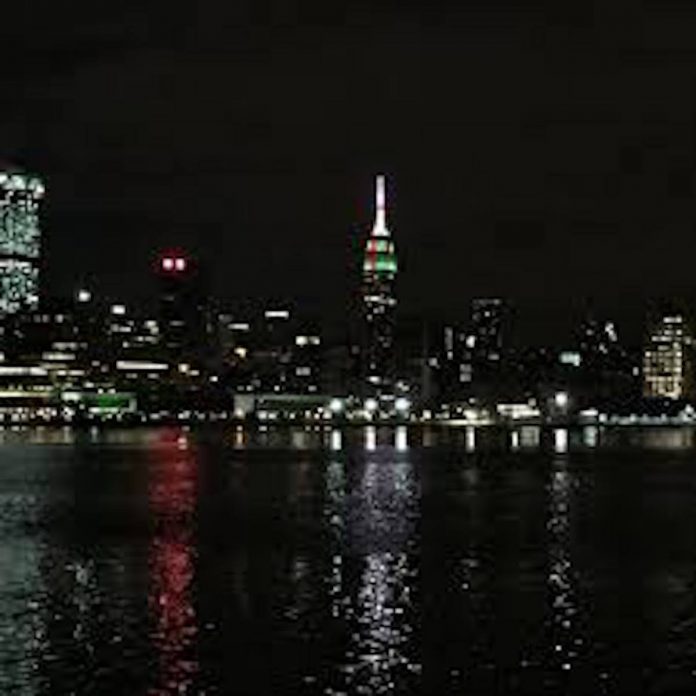 All she wanted to do was take a photograph, probably of the night skyline of Manhattan.  That was her plan.  Little did the 23-year old, Berkeley Heights resident think she would wind up being rescued by the Hoboken Police Department in the wee hours of this morning after climbing over the rail at the Pier at 12th Street and Sinatra Drive North, winding up in the frigid, Hudson River.

But that’s what happened according to Police Chief Ken Ferrante, who says the woman fell into a hole she couldn’t see, obviously because of the dark, not to mention the snow.  It was around 3:30 am.

Detective Lieutenant Danilo Cabrera says the Department “received a 9-1-1 call concerning a female who fell into the Hudson River near Pier 13.  (She) was out with friends and her brother when they wanted to get a better view of New York City and take pictures. The female victim climbed over the railing first and because of the snow on the ground, she did not see the gaps between the pier and the dock.”

Cabrera says that particular area of the pier is closed off to the public. Her brother attempted to rescue her, but he was unable to and called 9-1-1.

Cabrera continued, “As the officers were searching the area, Sergeant Robert Roman and Police Officer Michael Straten were waved down by a male in the area of 12th Street and Sinatra Drive North. He identified himself as the caller and brother of the female victim who fell into the water. Sergeant Roman grabbed his water rescue bag from his police vehicle and they both jumped over the railing and onto the pier. They immediately located a hole in the ground of the pier that dropped more than ten feet deep and into the Hudson River. The female victim was submerged waist high and was holding onto a piece of metal. The water bag was deployed, and she was able to secure herself with it as other officers arrived. Lt Michael Costello, now on scene, took command as ESU Sergeant David DiMartino, ESU Police Officer Francis McCourt, ESU Police Officer James Barbro, and Police Officer Jesse Castellano assisted with the rescue.”

Police deployed a second water rescue bag along with a life preserver ring from the ESU Truck. “It took a collaborative effort with all officers putting their safety at risk to save the victim from drowning. Sgt. DiMartino and Officer Straten had to reach half their body into the hole, with Officer Barbro, Sgt. Roman, and Officer Castellano holding onto their legs so they would not fall into the river. This enabled them to get a rescue ring around the victim and with further help from Lt. Costello and Officer McCourt they were ultimately able to pull the victim out. Once the victim was pulled out of the river, she was treated by Hoboken EMS and transported to Hoboken University Medical Center,” according to Detective Lieutenant Cabrera.

Chief Ferrante tweeted that this morning’s event was “an excellent life saving effort by the @HobokenPD midnight patrol.”

Congratulations to the members of the Hoboken Police Department who carried out this morning’s daring rescue.  Hopefully the young woman learned a lesson and wasn’t too embarrassed.  In the future I am sure she will abide by all fences, signs, and any other warnings she comes across, no matter how perfect a photo she is hoping to get.