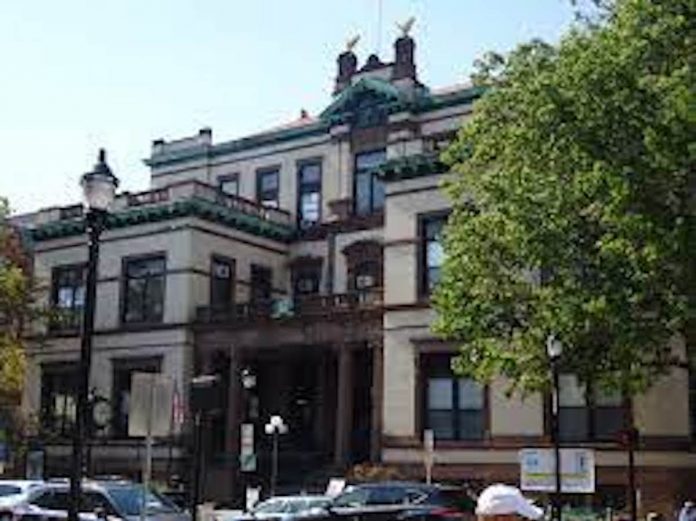 By a vote of 5 to 2 with 2 council members abstaining, the Hoboken City Council on Wednesday night voted to re-establish the Office of Constituent Services.  Today, Mayor Ravi Bhalla signed the ordinance into law.  The office, which will open next year to provide day-to-day assistance to Hoboken residents on a variety of issues, will now seek qualified applicants to run the office.

The Office of Constituent Services was eliminated in 2020 when the City Council majority voted to adopt an ordinance abolishing the office, overriding a mayoral veto. The office was originally reinstated in 2018 during the first year of the Bhalla administration.

“The Office of Constituent Services played a vital role in enhancing the quality of life of residents across this City on a variety of issues, and it has been sorely missed,” said Mayor Bhalla. “When this office officially reopens next year, I know it will once again help increase efficiencies and the speed in which residents have their concerns and questions addressed. As the pandemic continues and residents face food and housing insecurity, this office is needed now more than ever. Thank you to the Hoboken City Council members who worked with my administration and voted to reinstate this critical office.”

The City is now seeking qualified applicants for a Constituent Services Coordinator to head the office. Those interested can learn more or apply at www.hobokennj.gov/jobs or email a resume and cover letter to Personnel Officer Michael Kraus at Mkraus@Hobokennj.gov.

Specifically, the Office of Constituent Services will coordinate inquiries and requests with City departments and agencies on behalf of residents on topics including the handling of counseling and referrals for social services, tenant assistance and education, housing and employment inquiries,  various quality of life issues, violations of City codes and general inquiries regarding available City services.

During its almost two years of operation, the office serviced approximately 2,500 requests from residents, assisted with 50 cases in coordination with the tenant advocate, oversaw 1,050 requests through the Hoboken 311 system, and sent more than 6,000 emails and correspondence on behalf of constituents.

During the COVID-19 pandemic, the office assisted more than 1,000 residents, recruited 250 volunteers to feed more than 900 seniors with the Health and Human Services Department, connected food-insecure families to critical groceries from the Hoboken Food Pantry, assisted small business owners with PPP applications, and facilitated unemployment claims from the state for dozens of residents.

In a press release issued by Mayor Bhalla’s office this afternoon, it was stated that “Council members Jim Doyle, Michael Russo, Emily Jabbour, Vanessa Falco, and Phil Cohen voted in favor of the ordinance to reinstate the office at last night’s Council meeting, while Council members Ruben Ramos and Jen Giattino voted against the office’s reinstatement.  Council members Michael DeFusco and Tiffanie Fisher abstained from the vote, which was considered on second and final reading.”  However, this afternoon on a competing media outlet, Councilwoman Fisher said she voted against the reinstatement of the Constituent Services Office ordinance.   The ordinance was initiated by the Bhalla administration and co-sponsored by Council members Jabbour and Cohen.

Council members Jim Doyle and Emily Jabbour, and Council member-Elect Joe Quintero released the following joint statement today on the re-establishment of the Hoboken Office of Constituent Services:
“When we ran for office this past November, one of our core goals was to improve constituent services in City Hall. That’s why we are thrilled that Mayor Bhalla and his administration have officially reestablished the Office of Constituent Services, which proved to be a critical resource for countless residents on a variety of issues, both big and small. We know full well how well-utilized this office was when it was in operation in previous years – most notably during the beginning months of the COVID-19 health crisis – and especially by our City’s most vulnerable residents. While this office should never have been eliminated in the first place, we nonetheless are fully confident that it will once again become a game-changer for constituent services, and as elected officials, we look forward to working with the administration and the future head of the constituent services office to best assist those seeking assistance from City Hall.”
“With the City’s budget in good standing, now is the best time to reinstate the Office of Constituent Services and we are glad to have supported this effort by the administration,” said Council members Mike Russo and Vanessa Falco. “We’ll now be able to provide better services to our constituents, and cut through the red tape that sometimes occurs in government. We look forward to working with the future head of the office to better assist residents, and streamline city services to improve the quality of life in Hoboken.”

Council member Phil Cohen added: “I look forward to Mayor Bhalla’s Administration promptly re-establishing the Office of Constituent Services, an innovative and effective office that Mayor Bhalla instituted soon after he was elected Mayor. I know the people of Hoboken will benefit from the new Office of Constituent Services and the important services it will provide to our community. Congratulations to the Bhalla administration and four of my colleagues for working together to improve and prioritize constituent services.”