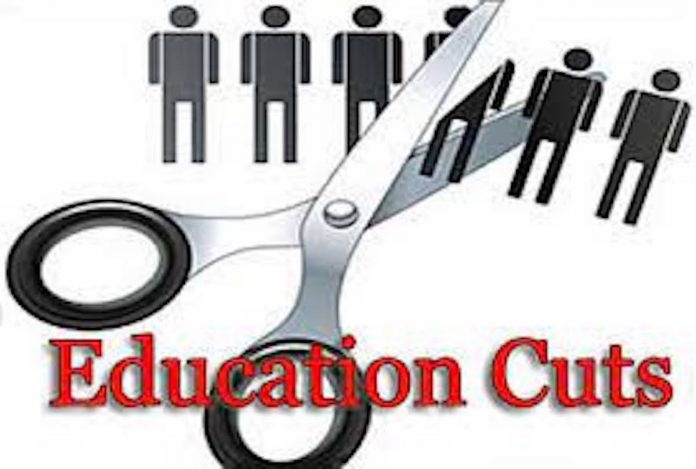 Three Hudson County school districts received good news earlier this week, as the United States Department of Education ordered the State of New Jersey to restore millions of dollars in state aid cuts in order to comply with the American Rescue Plan.  The announcement comes in response to complaints made by the Education Law Center and Jersey City Together.

The affected Hudson County school districts are Jersey City, Hoboken and Weehawken.  Jersey City Board of Education President, Mussab Ali, said, “after years of cuts in our budget from the State this order comes as a sigh of relief to the people of Jersey City. We encourage the Governor to act swiftly to restore funding to the 80 high poverty districts across New Jersey.”

Congressman Albio Sires weighed in, saying, “I applaud the decision made by the U.S. Department of Education which stepped in this week stating that New Jersey must guarantee its highest-need school districts remain funded at pre-pandemic levels. In accepting federal COVID-19 relief funding from the American Rescue Plan earlier this year, the State had to comply with a clause prohibiting states from cutting aid to high-need school districts between 2021-2022. I urge Governor Murphy to swiftly reinstate the funding cuts sustained to Jersey City, Hoboken, Weehawken, and other impacted school districts due to reductions in state aid passed by the legislature in 2018. Jersey City faces the largest school funding cuts in the State despite serving one of the highest-poverty student populations.”

“This directive from the federal government should come as no surprise,” said Danielle Farrie, ELC Research Director. “It was clear that the aid cuts in the FY22 Budget put New Jersey out of compliance with the ARP ESSER, which specifically prohibits states from reducing state aid to high poverty school districts.”

The U.S. Department of Education statement went on to say, “The ARP ESSER entitles New Jersey to $2.5 billion in federal emergency relief funds, but that funding is dependent on compliance with the MOEq requirement. New Jersey’s FY22 Budget included cuts in state aid to districts in both the “high need” and “highest poverty” categories as defined by the ARP ESSER. The MOEq specifically prohibits states accepting ARP ESSER federal funds from disproportionately cutting state aid in high need school districts between FY21 and FY22 and from reducing aid below FY19 levels in the highest poverty districts.”

Congressman Sires added, “The school districts’ needs have only grown during the pandemic, and it’s crucial that Jersey City, Hoboken, and Weehawken receive adequate funding from the State.”

“The USED has vindicated the advocacy of Jersey City Together and ELC to enforce Maintenance of Equity” said Brigid D’Souza and Dr. Jyl Josephson, parent leaders with Jersey City Together, a coalition of more than 30 religious congregations, nonprofits and parent groups affiliated with New Jersey Together. “The restoration of millions in state aid will be crucial for high poverty districts across the state, including Jersey City, to invest over the next two years in their students and recover from the pandemic.”

“Now that the USED has found New Jersey violated the MOEq,” said David Sciarra, ELC Executive Director, “we expect Governor Murphy and the Legislature to immediately rescind the cuts and provide the funding owed to more than 80 districts.”