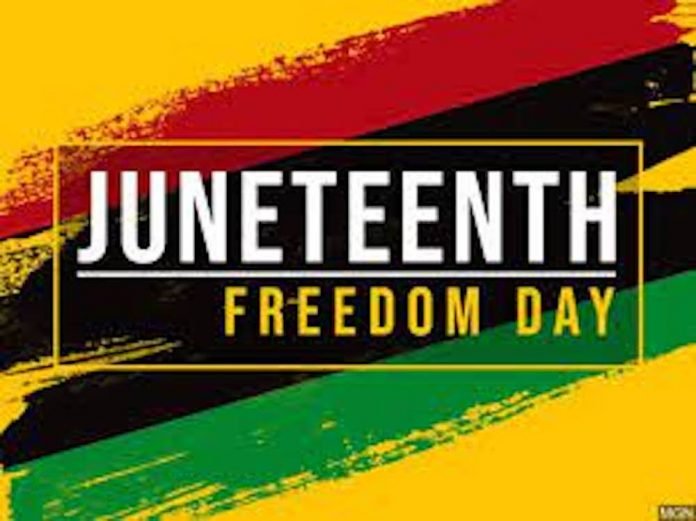 Mayor Ravi Bhalla and the City of Hoboken invite residents to the Juneteenth flag-raising ceremony on Thursday, June 16, at 5 p.m. at City Hall at 94 Washington Street.

The ceremony will include a poetry reading by a local student and a musical performance in honor of the holiday.

“I invite all members of the Hoboken community to join me as we celebrate Juneteenth with a flag-raising ceremony outside City Hall,” said Mayor Bhalla. “Let us honor the anniversary of the day African American slaves in Texas learned of their freedom, as we reflect and continue to fight for racial equality and social justice.”