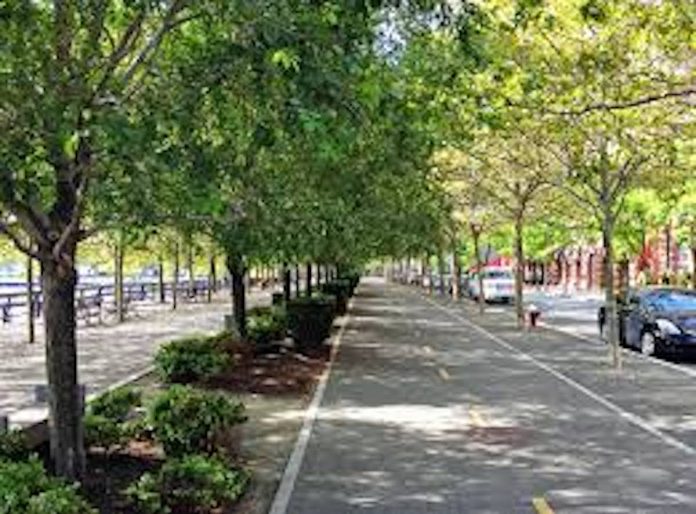 The City of Hoboken and the South Waterfront Corporation are partnering to enhance mobility and improve pedestrian and bicycle safety by upgrading the bikeway along the waterfront walkway from Pier A to Pier C. Proposed improvements include:

Certain areas of the waterfront bikeway will be unavailable to the community during construction, which is scheduled to begin next week and end in December 2022.

The City is dedicated to ensuring public health and safety during construction, and the project includes measures addressing health and safety that the Contractor must abide to, including measures to minimize noise, dust, and odor. The project will follow an approved soil erosion and sediment control plan.

The contractor will undertake the following activities from Wednesday, September 14,  through Friday, September 16, between 8 a.m. and 4 p.m. with equipment set up beginning at 7 a.m., subject to weather conditions:

The south waterfront improvements are funded by the South Waterfront Corporation, with no funding from the municipal budget.

More information about the South Waterfront Improvements is available at  https://www.hobokennj.gov/resources/south-waterfront-improvements.