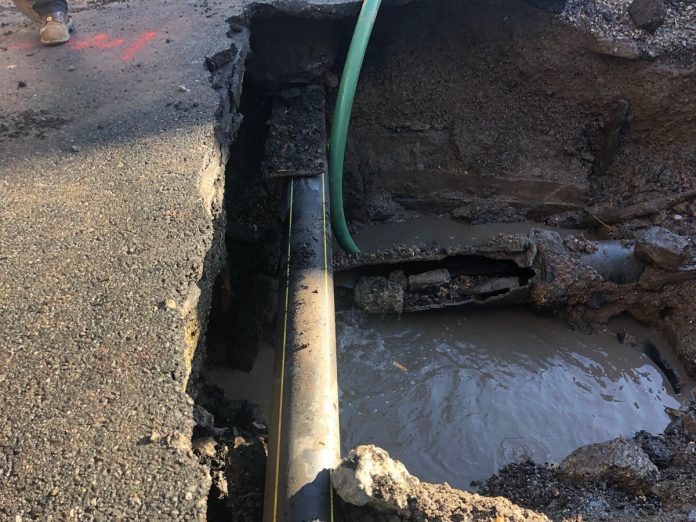 Hoboken Councilman Ruben Ramos announced that “there is a water main break this morning at the corner of 1st and Jefferson Streets.  Avoid the area if you can.  The break was caused by Suez who is conducting testing on connections near the Jersey City / Hoboken border.”

SUEZ tweeted that the “broken main has been isolated, and there is no impact to water service in the area.  Intersection will remain closed until repairs are completed.”

SUEZ spokesman Chris Halleron told Hudson TV that the utility, which has been working with Hoboken’s Office of Emergency Management in upgrading the city’s aging sewer infrastructure, was prepared for a potential break of the main, since the line was installed in 1890.

Halleron reiterated that no customers’ service has been disrupted.