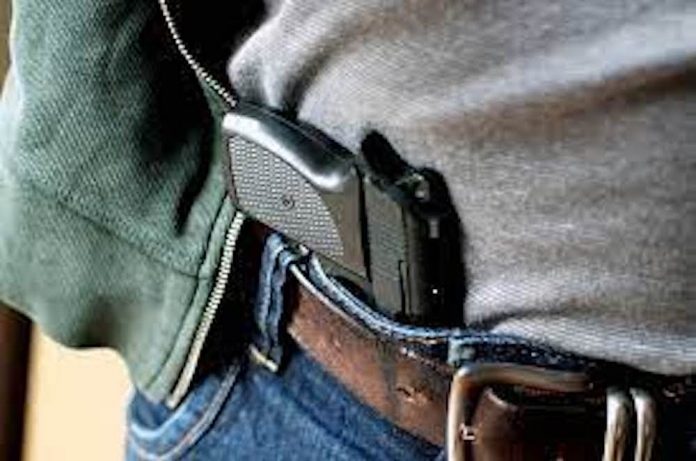 “While the Supreme Court may have dispensed with common sense, it did affirm the long-standing rules that have prohibited the carrying of firearms in certain sensitive locations such as schools and government buildings.”

The words of New Jersey Governor Phil Murphy at a news conference in his State House office on Friday following the United States Supreme Court’s Thursday ruling pertaining to the carrying of concealed guns in public.  “Because New Jersey has had very strict limits on carrying firearms in public until this opinion, we have very few places where the carrying of firearms is prohibited by law,” he said. “Going forward, this is no longer tenable.”  As a result, Governor Murphy has directed every state agency to look for ways to prevent gun violence.  These include designating certain areas in the state as gun-free. In addition, the Governor will be working with State Legislators to expand the numbers of locations where guns cannot be carried.

So, while New Jersey’s laws limiting the carrying of guns in public have not fully been struck down by the Supreme Court, which voided a similar New York law, the question remains, how specifically is New Jersey affected?   It does seem fairly obvious the system is vulnerable to a court challenge.

Hudson County Assemblyman Raj Mukherji (D – Jersey City) chairs the Judiciary Committee.  He says the Legislature will have to come up with a new, carry law based upon the Supreme Court’s ruling.

Where, then, is the carrying of concealed guns restricted in New Jersey following the court’s ruling?  Governor Murphy stated that’s under heavy scrutiny, but the list will likely include:

What about someone else’s property?  Can you bring a concealed weapon to a neighbor’s home without their consent, or into a house of worship, or to the grocery store or the supermarket?  All these questions have to be answered following last Thursday’s Supreme Court ruling.

Calling it bad Constitutional law, Acting New Jersey Attorney General Matthew Platkin said, “New Jersey will continue to take all available steps to protect our residents from gun violence. Although the majority’s ruling impacts our century-old justifiable need requirement for carrying firearms, it does not change any other aspect of New Jersey’s public carry law. To be clear: Carrying a handgun without a permit is still illegal in this state, and all other requirements for obtaining a carry permit still apply.”

Some Republican lawmakers in New Jersey have criticized Governor Murphy’s reaction to the court ruling, saying he and fellow Democrats are treating law-abiding, legally-registered gun owners as criminals.  Assembly Minority Leader John DiMaio of Warren County stated, “Democrats don’t appear to trust honest law-abiding citizens, and are responding to the Supreme Court’s ruling as if the average gun owner is a criminal.  Even Governor Murphy will tell you gun violence in New Jersey is because of illegal gun owners, not people who exercise Second Amendment rights. And those rights will still need to be exercised in New Jersey.”

In his two and a half years as Chief of the Secaucus Police Department, Dennis Miller says he has had only one request for a concealed weapon application.  Chief Miller told Hudson TV in a telephone interview that his immediate reaction to the court’s ruling was “one of great concern.”  He pointed to Acting Attorney General Platkin’s directive, in which he stated “everything is in place in New Jersey right now with the exception of someone filing a need to carry.”

Chief Miller is concerned with the time it will take for the Legislature to enact any law in response to the Supreme Court’s ruling.  “We should impose some type of mandatory training for people carrying a concealed firearm,” Miller stated.  “But what happens in the interim? That’s my concern.”

This is certainly an issue that is far from being settled here in the Garden State.