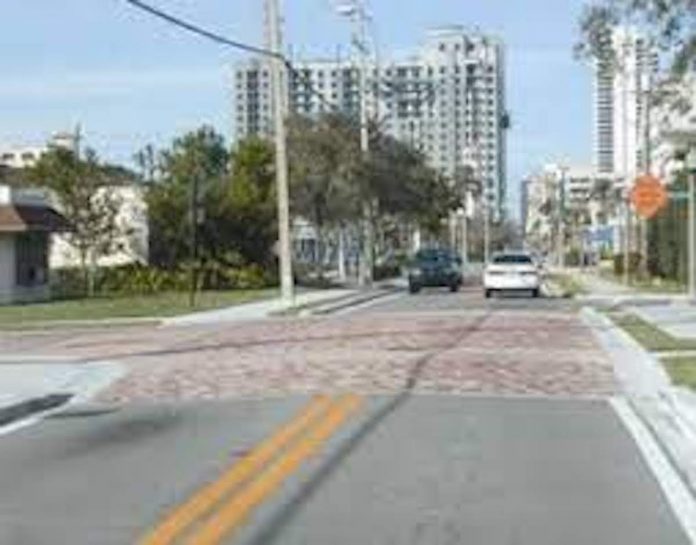 The Hudson County Board of Commissioners has approved a resolution urging the New Jersey Department of Transportation to expand the use of traffic calming improvements, such as raised intersections on county roadways in Jersey City.

A raised intersection is essentially a speed table for an entire intersection that is elevated to the level of the sidewalk.

The New Jersey Department of Transportation’s regulations treat raised intersections in the same manner as speed humps, mostly limiting them to streets with a posted speed of 30 mph or less and which have fewer than 3,000 vehicles per day.

John F. Kennedy Boulevard is a Hudson County roadway that does not qualify for raised intersections because of traffic counts well in excess of 3,000 vehicles per day.

John F. Kennedy Boulevard in the City of Jersey City has a high volume of pedestrians, in crosswalks at most intersections.  Portions of the multi-lane roadway have average vehicle speeds in excess of the posted limit and very high numbers of accidents, many involving pedestrians trying to cross the Boulevard.

The County of Hudson is currently undertaking pedestrian safety studies along portions of John F. Kennedy Boulevard with the intention of making recommendations for traffic calming and safer pedestrian crossings.

Raised intersections may be appropriate on John F. Kennedy Boulevard in Jersey City, particularly in areas of high pedestrian demand where pedestrian visibility and motorist yielding have been identified as concerns, especially near school zones, houses of worship and senior housing facilities.

Board Chairman Anthony Vainieri and the Hudson County Board of Commissioners urge the New Jersey Department of Transportation to enable the use of raised intersections on County roadways, such as John F. Kennedy Boulevard in Jersey City, that have more than 3,000 vehicles per day at identified intersections having high pedestrian demand and inadequate motorist yielding, especially near school zones, houses of worship and senior housing facilities.