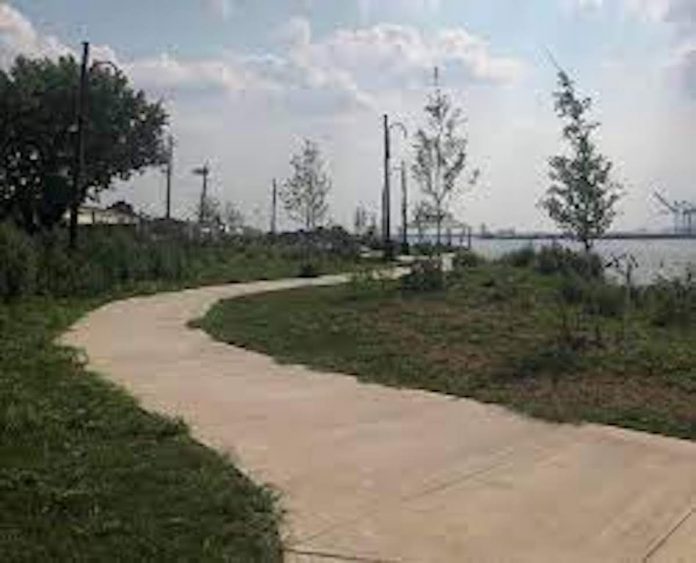 County to Provide Bayonne With $500,000 for Waterfront Walkway

Bayonne Mayor Jimmy Davis announced that Hudson County is providing Bayonne with $500,000 to help fund a portion of the municipality’s waterfront walkway on Newark Bay.  The county funding will replace walkway money that was part of the proposed state budget last month, but then disappeared before the final version of the state budget was adopted.

“Public access to the Hudson River Waterfront via an ever-expanding waterfront walkway has long been a key element of our Gold Coast’s redevelopment,” said Hudson County Executive Tom DeGise. “Mayor Davis’s relentless advocacy for its continued expansion in Bayonne demanded we do whatever we could to support it. I am pleased we were able to find the funding to replace what Bayonne lost in state funding. It is a most worthy investment.”

The goal of the Davis Administration is to have a walkway from Richard A. Rutkowski Park in the northwest corner of Bayonne to Dennis P. Collins Park at Bergen Point, the southern end of Bayonne.  The county funding will assist with the development of the portion of the walkway between Ahern Veterans’ Stadium at 25th Street and Newark Bay and the northern end of DiDomenico-16th Street Park.  The Newark Bay walkway on the western side of Bayonne is an extension of the plan for a Hudson River waterfront walkway from the eastern side of Bayonne up into Bergen County.  On the eastern side of Bayonne, there are portions of the walkway on the former Military Ocean Terminal, around the Bayonne Golf Club, and by the South Cove Commons shopping center.

Mayor Davis said, “Bayonne is surrounded by water on three sides.  We are now taking advantage of our great location by Newark Bay, the Kill Van Kull, and New York Bay.  For close to 100 years, Bayonne residents had limited access to our East Side waterfront, because the waterfront properties were the sites of industrial and commercial operations and the Military Ocean Terminal.  With the closing of the Military Ocean Terminal and the decline of heavy industry, that situation has changed dramatically.  These walkways will give our residents greater access to the water, so that we can enjoy all our waterfront has to offer.”

In 2017-2018, the City of Bayonne received $1 million in earlier walkway funding, half from the state and half from the settlement of an environmental lawsuit with Exxon.