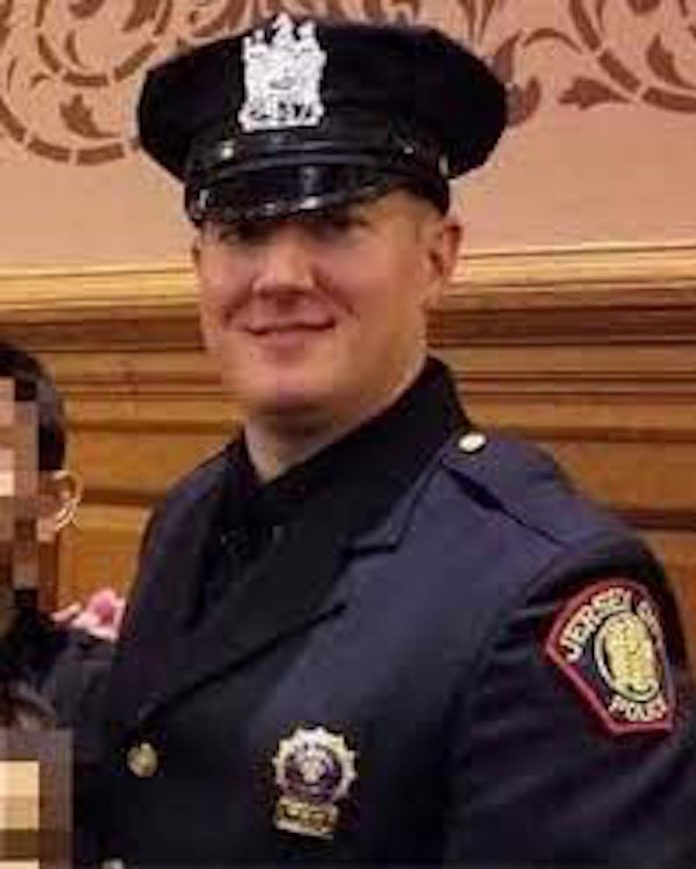 With his widow Laura and several of his five, young children in attendance on Monday morning, slain Jersey City Police Detective Joseph Seals’ memory was honored by the Hudson County Prosecutor’s Office, with the dedication of the Detective Joseph Seals Media Room on the 5th floor of the Hudson County Administration Building on Newark Avenue in Jersey City.  Seals died in the line of duty on December 10, 2019, shot in Bayview Cemetery in Jersey City, in what was later determined to be a hate crime.


Seals encountered two subjects, a man and woman, in a van that was linked to a homicide in Bayonne.  During the encounter, Detective Seals was shot in the back of the head. The two subjects fled in the stolen van and eventually barricaded themselves inside of a kosher grocery store on Martin Luther King Drive, where they eventually murdered three people inside of the store and then engaged responding officers in a prolonged shootout for several hours.

During Monday’s ceremony, Prosecutor Esther Suarez, along with Jersey City Police Director Tawana Moody, Jersey City Police Captain Larry Quish, part of the Department’s Cease Fire Unit, of which Seals was a member, Hudson County Sheriff Frank Schillari, County Executive Tom DeGise and County Commissioner Anthony Romano, a retired Hoboken Police Captain, all praised Detective Seals for his professionalism during his law enforcement career, saying he was one of the hardest working men and one of the most distinguished officers on the Jersey City force.

Seals was a 1997 graduate of Bayonne High School who began his career in law enforcement in 2001 in the Hudson County Corrections Department.  Seals eventually joined the Jersey City Police Department, where he was assigned to the South District, working in the Street Crimes Unit.  He was promoted to Detective in 2017 and joined the Cease Fire Unit.

Monday’s dedication is most certainly well deserved.  May Detective Seals’ memory forever be seen as what it means to be a law enforcement officer.