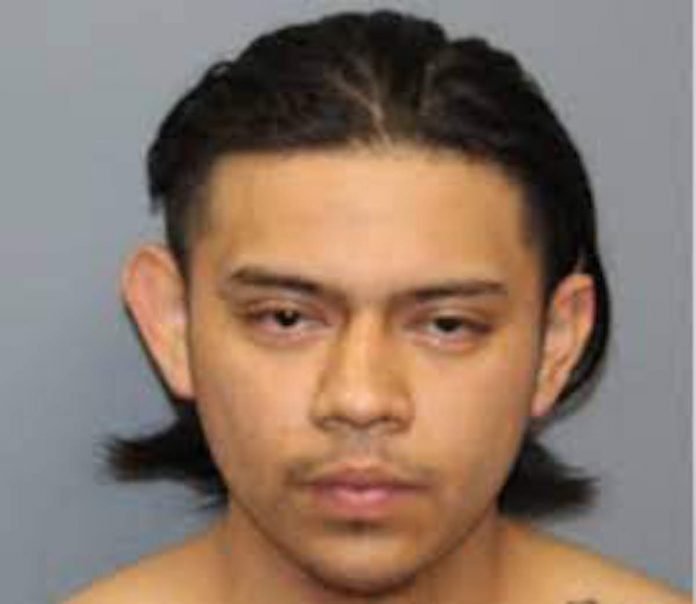 On Saturday, May 8 at 1:35 A.M., Secaucus Police responded to Millridge Road on a report of a suspicious person in the area attempting to gain entry into parked vehicles.  While probing the area, Police Officer William Kosky discovered Christian Reyes-Martinez, who was in the bushes in a darkened area on the outskirts of Secaucus High School.

While Police Officer Kosky and Sergeant Matthew Ford were interviewing Christian Reyes-Martinez, he had a noticeable bulge in his pants pocket.  He then removed a handgun magazine from his pocket, which was loaded with fabricated handgun ammunition.  Additionally, he was found in possession of a .380 caliber handgun in his pants pocket.

The on-scene investigation revealed that Christian Reyes-Martinez entered a resident’s sport utility vehicle in an attempt to steal it, but was unsuccessful.  He also unsuccessfully attempted to enter a second resident’s vehicle, but only created damage to the door handle.

“This is a true example of the community-police partnership that we promote,” Chief Dennis Miller said.  “A resident saw something that didn’t look right and reported it, which directly led to the arrest of this armed burglar,” Miller said.  “I am glad another handgun was removed from the criminal element’s arsenal, without officers having to resort to the use of any force, but this arrest highlights the inherent risks officers face while performing their duties,” Miller said.