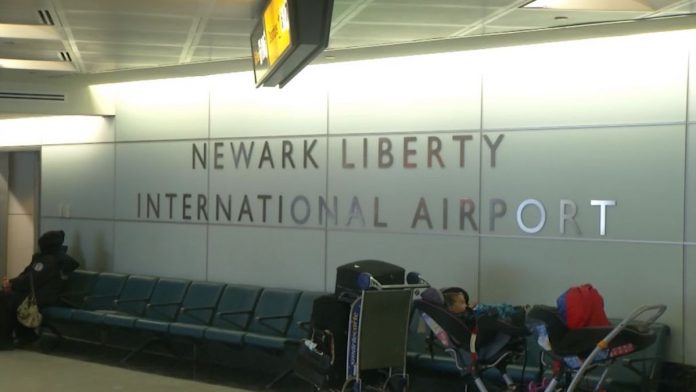 Washington, D.C. — Rep. Donald M. Payne, Jr. wants to speed up travel through Newark Liberty International Airport to prepare for the increased airplane traffic after COVID-19.  The Congressman wrote a letter to Steve Dickson, Administrator for the Federal Aviation Administration, and asked him to support rules to decrease congestion at the airport, which leads the country in flight delays.

“Airline traffic is starting to increase as more Americans get vaccinated and feel safe on commercial flights again,” said Rep. Donald M. Payne, Jr.  “But increased traffic could mean increased congestion if we aren’t careful.  I want Newark Liberty International Airport to return to normal without the delays that passengers experienced before this global pandemic.”

The letter was co-signed by every member of the New Jersey House Delegation.  It stated that the prevention of “congestion and delays at Newark is of vital importance to the long-term recovery of not only New Jersey and the NYC-metro region but of the nation as a whole.”  It continued that delays and gridlock caused $33 billion in “lost economic productivity” to the Newark metropolitan area as well as substantial environmental costs from the fumes of waiting airplanes.

The full letter is below.

As we look forward to travelers returning to the skies in large numbers, we have concerns about the return of something no one has missed during the pandemic — air-travel gridlock, particularly at Newark Liberty International Airport (EWR).

Preventing congestion and delays at Newark is of vital importance to the long-term recovery of not only New Jersey and the NYC-metro region but of the nation as a whole. We appreciate the Department of Transportation and its Federal Aviation Administration’s actions to maintain pre-pandemic congestion and delay mitigations at Newark during the Winter 2021-2022 scheduling season, including retaining EWR’s peak-hours movement cap and employment of its historic-precedence scheduling structure.  We also encourage the FAA to enforce these measures long term to ensure effective management of congestion and delays to support the needs and interest of the traveling public.

Prior to the COVID-19 pandemic, delays at EWR were the worst in the country, often with nearly a third of its flights impacted — even on days with no inclement weather.[1] These delays caused billions of dollars in lost economic productivity and substantial time losses to EWR customers. Combined with other loss-cost categories, these impacts of Newark’s delays contributed significantly to overall economic losses due to air-travel gridlock of approximately $33 billion in 2019 for the nation as a whole.[2] Air-travel congestion and delays also have a deleterious impact on the environment. Longer flight routings and idling-aircraft emissions are minimized with effective congestion management. Clearly, EWR’s pre-pandemic status quo left considerable room for improvement.

Newark Liberty International Airport connects New Jersey and the entire metro region with the world economy, serving a broad range of worldwide destinations, large and small, while (prior to the pandemic) driving nearly $16 billion of economic activity in New Jersey alone and supporting approximately 100,000 New Jersey jobs. We want to ensure that the economic activity and recovery Newark Liberty International Airport provides is unencumbered from the challenges and limitations that delays and congestion will create.

As travel demand returns, the FAA should ensure its policies preserve Newark’s historic global and domestic connectivity, while preventing gridlock. We urge the FAA to enforce EWR’s congestion and delay mitigation rules in order to support an orderly return to Newark’s robust pre-pandemic operations, and to pursue additional opportunities to further reduce air-traffic delays so that EWR will not just “bounce back” but will “build back better” than it functioned prior to the onset of the COVID-19 pandemic.