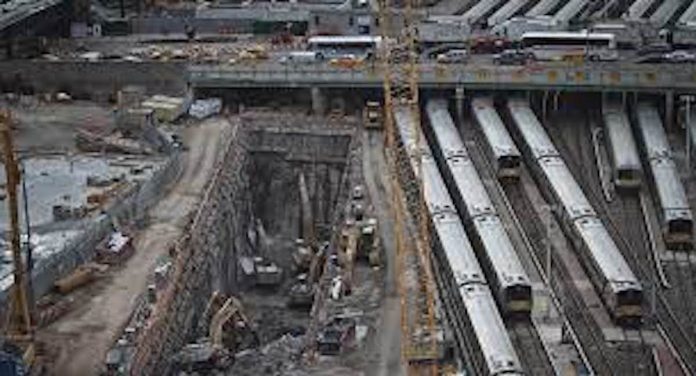 Buttigieg: Gateway failure would be felt ‘anywhere in the country’

“Yes, you have our commitment to work with your office, other members of the delegation, and the project sponsors,” said Secretary Buttigieg. “This is an example of a project that may be located in one region but is so critical that you would feel it anywhere in the country if there were to be, for example, a failure in one of these critical tunnels. So we’re continuing to see this move along and are committed to working with you to see it go forward.”

After years of political delay by the Trump Administration, Secretary Buttigieg also said that the USDOT is working to publish the Environmental Impact Statement for the Gateway tunnels.

Earlier this month, Nuria Fernandez, President Biden’s nominee to be Federal Transit Administrator, also made a commitment to Sen. Menendez to work with stakeholders to advance Gateway. NJ TRANSIT and the FTA recently finalized a Full Funding Grant Agreement for the Portal North Bridge project, a key component of Gateway, allowing it to access over $800 million in federal funding primarily through the CIG program.  The FTA still must issue a new rating for the project to build a new tunnel under the Hudson River in order for that phase of the Gateway Project to qualify for federal funding.  Completion of this project will allow the old tunnels, which were badly damaged by Superstorm Sandy, to be temporarily taken out of service and repaired.

The Full Funding Grant Agreement allows construction of a new Portal North Bridge to move forward. The 110-year-old, antiquated, swing-style span over the Hackensack River in Kearny has long been considered the linchpin of the entire Northeast Corridor (NEC) and the source of major service disruptions for Amtrak and NJ TRANSIT riders, and carries an average 450 trains and 200,000 passengers each day.

Should the existing Hudson River tunnels need to be taken out of service without a replacement in place, Amtrak estimates that a shutdown of the NEC could cost the economy nearly $100 million in transportation-related impacts and productivity losses per day.