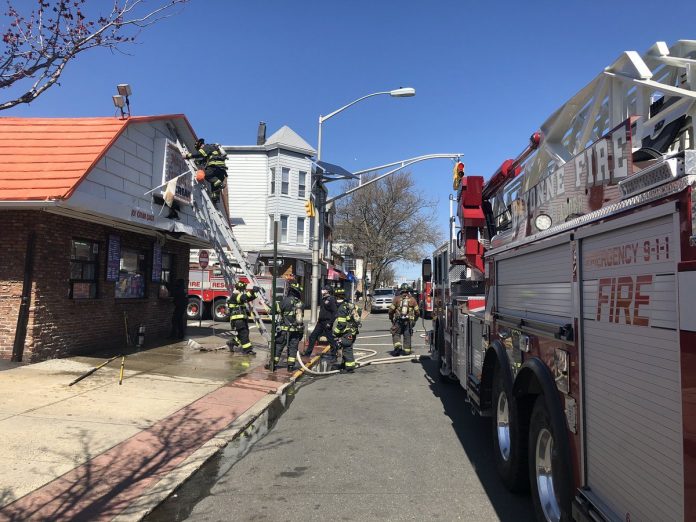 A one alarm fire in a popular Bayonne ice cream shop was quickly brought under control this afternoon by Bayonne firefighters.  The Fire Department received the call at 2 o’clock this afternoon that a fire was underway at Magic Fountain, located at 907 Broadway.

Fire Chief Keith Weaver stated, “Arriving units found smoke and fire coming from the area around the front sign on the 1 1/2 story commercial building. Firefighters deployed two hand lines to extinguish the blaze, which was brought under control in just 13 minutes. There were no injuries reported. The Bayonne Building and Health Department also responded to the scene. An investigation is being conducted, however, the fire is not considered suspicious.”

“Our firefighters worked efficiently and skillfully to safely extinguish this fire and limit property damage”, said Chief Weaver.
Good news for a local landmark, especially popular during the warm summer months, among kids and adults alike.